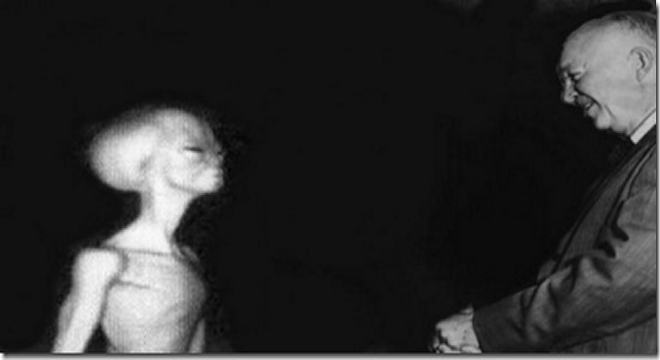 As many of you have seen in the last article where we have done the checklist of processes in progress and updated the number of members of the different races in control that are left on the planet, there was an indication that there were about 300 “grays” on Earth. And that? What are the “grays”? Why do we give them this name? What power do they have or they don’t have within this structure?

The “grays” are probably the best known race for most people who have not even heard of the “Anunnakis” but have seen “American Dad” type cartoons, have seen Spielberg movies or have had some doll shaped like extraterrestrial among the toys of their children. And it is that they are a race, of which we will now speak in detail, which has always been a link and intermediary between Asimoss, Amoss, and the human circles of power.

We call “gray” a type of conscious being that has the characteristic of having a wide head, thick and gray skin, small neck and “short” body, of a stature that varies between 50cm and one and a half meters in those sub-races who are collaborating with Asimoss, and who were also created by them. That is to say, the race we call “grays” was also a creation of the same Asimoss, long before they began the process of transforming the manu into the lhulu that then became the homo sapiens, so they are much older than we are and have an evolutionary level, although artificially increased by frequency rise and technological expansion of their collective consciousness, about half than the evolutionary level of the Asimoss.

The “grays,” throughout their history as a race, evolved and produced, as the human being, different “models,” which, initially, had several purposes for the Asimoss, although, in almost all cases, was to serve them in their “planetary conquests” and to help subjugate or set in motion the control systems of those places they colonized or conquered. Therefore, and it is possible that some of you already know human beings speak of three types of “grays” according to their height: the “small,” the “medium” and the “tall grays”. As simple and silly as this classification may seem; the ignorance of humanity about them and the little that those who have encountered them have been able to learn about this race, it means that we have classified them only with their size to understand each other.

Therefore, the “small grays” are those who, currently on Earth, are collaborating with the Asimoss, and, of those, 300 members remain. The “medium grays,” left with the first changes, being another subgroup that having a higher level of consciousness, intelligence and technology, gained a little more “right” to decide if they collaborate or not with the Asimoss, and then, the “tall grays” have long rebelled completely against their creators and are now part of the groups that, despite the disbelief this may entail for many, are trying to assist the human race by helping the planet to create and maintain the structures for crossing from one timeline to another (that is, they are not intervening in humanity, but they are helping Kumar, along with many other groups and hierarchies, to create the necessary framework for the work that we have to do).

The “small grays,” moreover, are famous for themes related to abductions of human beings, used to study us with permission from the world governments, which, in 1954, ratified a pact with them that began in the time of Moses to maintain the control over us, in exchange for human “elites” having access to things like the transistor, the laser, the technology of computers, weapons, etc. All that was signed by Eisenhower with the grays in the name of the Asimoss and other races, just as in his time the Biblical Moses did directly with the Amoss and the Asimoss (biblical Yahweh = Roman Jupiter = Greek Zeus = Egyptian Amun = Sumerian Enlil = one of the chiefs of an Asimoss clan).

Within the responsibilities of the grays is the management of humanity’s sporting events of to extract all the energy possible from the masses that congregate by millions every day in thousands of places on the planet. Because these “modern” events are the continuation of the games and offerings to the gods of yesteryear, the energy that millions of people generate through anxiety, emotion, anger, frustration and other energetic alterations in them is being collected each time there is a tournament, match or competition, and are emitted by the ton to the physical, etheric and mental plane of the Earth. With technological systems, channeling and distribution of all that energy, both the almost non-existent first two circles of power, as the third and fourth level of control of humanity have inexhaustible resources to control, maintain and continue to manage the system of life on the planet. It may sound funny or tremendously horrific, but if you consider that making win or lose a certain team or athlete can generate more energy than with another, the results and energy manipulation of matches is commonplace and part of their tasks. Therefore, the one that best plays does not always win, but the one that can produce with his victory or defeat more amount of “fuel” for those who need it and use it against us.

On the other hand, the grays have a collective consciousness, having little individuality, so that any order or indication that is given to them is transmitted to the collective consciousness, and those who are available to carry it out are put to execute it. They have a certain degree of free will to experiment and do what they want with human beings as long as they do not fall outside the global guidelines imposed to them by Asimoss.

Being already in the process of being extracted, all the “small grays” that are on the planet are practically confined with Amoss and the few remaining Asimoss that remain in their deeper and sheltered bases, where they have to be “special” forces such as the “tall grays” and other groups that intervene to get them out of the planet.

The history of this race is also plagued by pain and suffering, because they were created like us, but endowed with very poor DNA, with little potential, and were only allowed to advance and evolve through technological processes when required. They have never been free. Only when the “tall grays” managed to “flee” en masse from one of their places of origin, which we know as the constellation of Zeta Reticuli, they could begin a process of disconnection from the Asimoss domain and lead their sub-group, the “talls” towards a natural evolution and growth based on service to other groups that were in the same situation. For the “small” grays, their evolutionary level does not allow them to flee, since after the split of the “tall” group, their control was redoubled by Asimoss and, as the “medium grays” already had a higher level to submit to that extreme, cooperation agreements were made according to the interests of both parties.

Finally, and with this we finish, the history of the “grays” is not the only one of its kind, both Asimoss and other races with similar genetic and technological knowledge have created many living and conscious species like us and like many others, and are distributed by many places in the Milky Way. It is the power in the negative sense that gives them the knowledge of the laws of genetics and energy manipulation which allows them to do what they do, and that is why, sooner or later, we will proceed to eliminate them completely from the face of the galaxy, both Asimoss and Amoss, when the humanity of line 42 is at the right level for it, because then they are no longer a problem or an obstacle, and we will attend to it, within some time, but we will do it, so that they cannot do again what they have done to us, to the grays, or to countless races and groups for millennia. The cause-effect, action-reaction, is always fulfilled, and the time will come when we will take action in the process.

For further discussion and information on the Grays and other extraterrestrials, drop by our board dedicated to the topic, over on our community forum, The Roundtable, right here. 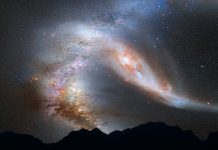 An Unexpected Meeting with a UFO from Andromeda September 26, 2018