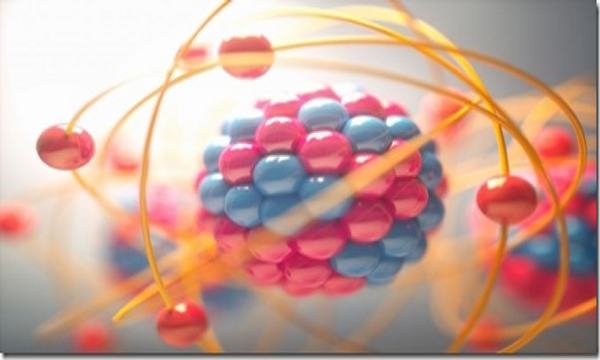 We have been monitoring for weeks the process of expulsion of the members of the races that have controlled humanity since its creation, as well as the extraction process of all those entities that do not have the permission of our planetary logos to remain here. Although the process is somewhat slower than many would like, it is destined to have only one end, its complete elimination, as it is clearly perceived in all potential futures within the two temporal lines that coexist for us.

On the other hand, a petition that was launched many months ago, and which you will remember from this other article, is also going at a good pace, to eliminate the “scaffolds” and slows down that prevent rapid changes in physical reality when changes are made in the mental reality and its etheric structures, and that, for a few days, has taken more speed, so that, at some time, any decision that is taken to accelerate the evolutionary process of humanity can be reflected at a “tangible” level” much more quickly than until now.

Some of the octaves and processes that we start with the petitions take a long time to go down to the physical plane, why? Because they all start with a request to our Higher Self, or to the hierarchies or groups that assist us, to the forces of nature, etc. And those requests begin to move energy and scenarios and to change timelines and sub-divisions in the highest planes of the structure of the planet. When at the level of mental and / or causal plane something is almost complete, it may still be months before a single particle of energy moves on the physical plane that indicates that the petition that we set in motion worked (not when we make our own healings or deprogramming, but at the level of changes in the common reality).

All these octaves, which also start their way as dodecaves (that is, taking the 12 steps of the octave, their notes and semitones), when they reach the etheric plane, a first slowdown occurs by technological systems put by these races to prevent that the human psyche could alter more than desired, and too quickly, any situation at a physical level wished to be maintained by the system of control over humanity.

This first slowdown is what causes that, since when a change is made in the mental plane it takes only a few days (sometimes hours) for the change to be made at the etheric level, but, when the process in the etheric plane has been completed, fast but not as fast, other slowing elements that are found in the framework of the Earth between the physical-energetic structure and the etheric structure, slows down again and reduce the rhythm of the octave on the physical plane, which, in many cases, low as a pentave, only five “notes” or jumps, not always, but on many occasions, having lost part of the energy, power, and the inertia it had when initiated in the mental plane.

On the other hand, with the projections of the collective psyche towards the collective unconscious 33 and its regional, national sub-collective unconscious, etc., the possible changes that may occur are also slowed down, since, by modifying a certain mental scenario (for example, erasing an existing conflict and creating a reality of peace in that point of the planet), since the collective psyche continues to send projections of the war scenario generated by the media, the scenario that we have “erased” is recreated again and again for the same human beings that, without realizing it, continue being used to maintain the reality of the planet as it is desired to be kept.

Therefore, the possible desperation for not seeing things change, despite the fact that there are no more than 10 Asimoss left on the planet, some 400 Amoss and less than 1000 members of the rest of the races as a whole, is because, although they cannot give or are not giving as many instructions to the lower circles of power, levels 3 and 4 which they are all human, the system continues to operate in automatic mode since, for now, we continue with many hundreds of millions of people connected to many collective unconscious 33 that continue to be used as unconscious “holoquantic projectors,” so that nothing changes or does as little as possible.

The solution is to completely eliminate this collective unconscious, we have no other option, otherwise, little will be noticed of the enormous work and the success of having almost achieved the expulsion of the races that have been playing with humanity for millennia, and all the entities that have been manipulating us incessantly since then. But, to eliminate the collective unconscious 33, at least in its most global and controlling part, we need the help of the planet, of Kumar, because it is the only force that can do it, nor all the combined Higher Selves of all human beings would be enough for this in an acceptable time, and, in addition, we already have them busy cleaning up egregores and energy rafts to avoid creating entities everywhere, therefore, we need to start up again the same process that we have done previously, a petition to our Higher Self so that it asks the logos of our planet to execute the elimination of  collective unconscious 33, by disintegrating the particles that form it, that is, by dissolving the union between the energy particles that are agglutinated in the mental plane forming this collective unconscious.

The petition, once, with intention and conscience, to our Higher Self, is the following:

I request my Higher Self to redirect Kumar, planetary logos, the petition for dissolution of the so called collective unconscious of the timeline 33 of humanity, dissolving the energetic concentrations that form this energy field and breaking the links between the particles that form it, transmuting it into neutral energy and returning them to the quantum substrate of Creation. I request that this petition be sent to all the Higher Selves of the planet so that they execute it simultaneously and Kumar receives the request with the maximum power possible according to the current state of consciousness of humanity. Thank you.

This way, just as it was that the consciousness and energy of the planetary logos dissolved the collective unconscious of all the races in control in weeks, now we want to do the same but with the macro collective unconscious of the timeline 33. Let’s see what happens and if we can start this process that will be another great help to remove everything that continues to slow down the frequency raise of our energy structures to the upper levels of the timelines.

Thanks. This is so timely for me. I couldn’t very well tell my daughter (who was voting for the first time, ever) why I did an informal vote today. It is of course because I understand the domination we experience comes from levels of power in the hierarchy which extend beyond our known 3D (the 5 levels at the bottom of the list) and those levels subvert and corrupt our elected officials. Even if they start out with rose-coloured glasses on, they won’t be able to maintain that and still be successful as a politician. I don’t know if it’s… Read more »