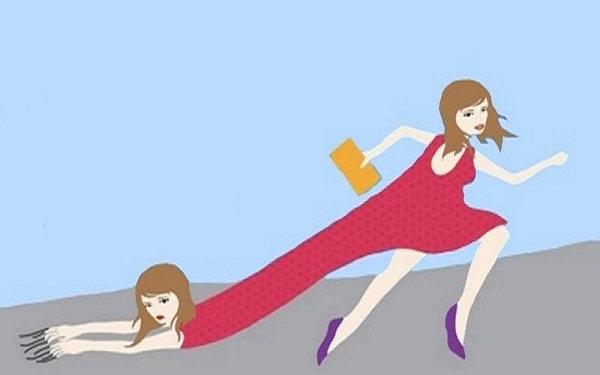 While the cleaning processes that we have launched are ongoing, approved, activated and in “automatic mode,” those members belonging to the first two circles of power that we have already explained are rethinking the strategy to follow, according to information shared by the group of Higher Selves, in response to the processes that we already know initiated to complete their expulsion. It was to be expected that they would take countermeasures, and it was hoped that they would do everything possible to not lose control of what it took them millions of years to achieve and create, and, even so, they do not have chances to win, in the sense to be able to continue to maintain their position within the power structure that we have seen previously.

What are they doing then? It does not seem clear, at least it does not appear on the mental plane a clear and consolidated scenario as retaliation or as a counter-offensive to the extraction of all the members of the Asimoss, Amoss and other races that we already know. Only the order has been given that all “negative” entities do everything possible to avoid being expelled, and being the “target” of the attacks by all of them, at a level that has increased exponentially, it has led, and thus it has been communicated to me, Kumar to give an order not to “be taken out of the way” in any respect, as it has been “ordered” by Asimoss and Amoss against him and his. Even so, everything is in order, everything is fine, everything is going at a huge pace and the cleaning and extraction of all entities that do not have the permission code to stay on the planet is accelerated every day that passes.

But if Asimoss and the other races are not planning any counteroffensive, what are they doing? They are looking for ways to get out of here but leaving this planet “upside down,” and causing as much damage as possible, something that they will not be able to achieve because right now the planetary logos itself is 100% involved in this process, something that, until now, in the history of the Earth, it had not happened. I encourage you to consult all this with your Higher Self, ask for signs, synchronicities, to try to confirm all this information and continue receiving the certainties that you need to be able to withstand any onslaught that might come from those who already have their days counted.

So, we are going to continue with some processes that will help us stay focused on the path that lies ahead of us, and that, when the environment is a little “clearer,” they will assist in resuming the work of deprogramming and healing that we had left parked due to the events that you already know.

For that, it is necessary to be able to remove some blocks and programs from the psyche so that they are not used against us as a resource and as “cartridges” to be burned before they either go out of the planet of their own volition, or we end up expelling them to the landfill of the solar system.

This programming that we are going to eliminate today is related to the programs of self-sabotage placed in the psyche of the lhulu so that we block and limit ourselves, as if it were a “security routine” programmed in a robot or in a device that when it exceeds limits of “overheating” is turned off to avoid creating a short circuit. Within the analogy, obviously it is not about us going to overheat, but rather, if we exceed some energetic limits that depend on the configuration of each one of us, our own psyche programs sabotage this process and we auto block, we stop ourselves, we take away the desire to keep moving forward, learning, growing, we leave the motivation, miss the enthusiasm, etc.

This “security” routine was installed after manipulation of the manu to turn it into lhulu by Asimoss with the idea that, if for any reason, the lhulus were “getting out of hand” and part of the control was lost, they themselves “will turn off,” metaphorically speaking, and could be redirected by a new programming through the collective unconscious to reinstall the programs of their psyche, and, again, put them to work according to the requirements of the old Asimoss. Then, over time, this “functionality” was already latent in all models of “homos” and homo sapiens, we still have it installed, even if it is only activated from time to time, and only when our ego program perceives that it loses part of the control of the automatisms of the mind and of the personality that it has to direct, because between the Higher Self, the soul and the consciousness of the I Observer, are taking control of the whole of what we are, and deactivating or diminishing the power to be manipulated, controlled and directed from “outside.”

This routine is installed in the preconscious mental sphere, with a backup in the subconscious sphere, and is a routine that we will call “self-sabotage,” so that activates several types of “stop doing things” programs, of “not wanting,” of reversing what we have advanced, of obfuscation, confusion, misrepresenting what we believe about something that is beneficial for us, etc. There is not a single use or effect of the activation of this program, because it is simply the manager of the psyche, the ego, that activates it when it gets out of hand part of the automatic processes that it has under its control, in a way that, when put into action, behaviors, programs, mental and emotional forms, etc., are activated to stop the previous, and deactivates again when the ego once again feels the controls of the mind control board and human personality according to the standard programming received for it.

Once this routine has been uninstalled, the ego will have no form, because we will try to eliminate the subprograms that allow it, to activate the auto sabotage, since in addition, we will look to work to deprogram a part of the process that tells the ego that is losing the control, so that, if the ego program does not perceive that it is losing that control, it will not have “need” (remember that the ego is a software, it does what it is programmed to do), to activate anything to recover something that does not know he is losing. Therefore, the request is the following, multiple times, until your Higher Self has confirmed that it has been 100% completed:

I request my Higher Self to eliminate all programs, routines and mental “software” of self-sabotage, self-limitation, self-blocking, which are activated and “set in motion” by the ego management program of the human psyche. I request that all programs and routines that indicate the ego that it is losing control of some of the mechanisms of the mind and personality, that are being activated or deactivated without its permission, and that is being deprogrammed by other levels of the structure of the avatar that he believes he manages be eliminated. I request that all firewalls, technological devices, implants, and other elements that are part of these self-sabotage and self-blocking routines be deleted, eliminated, deprogrammed and extracted, and that they cannot be reconstructed or reprogrammed by the mechanisms that I possess for it in my psyche. Thank you.

Therefore, we are gradually eliminating the “malware” and control routines present in our psyche, to be able to gain ground from the automatisms that regularly manage the functioning of our mind, personality and energy components of behavior, waiting for the planet to gradually cleanse itself of entities and forces opposed to this process of growth that we still have ahead of us, and that we hope to be able to begin again to travel to full power as soon as possible.