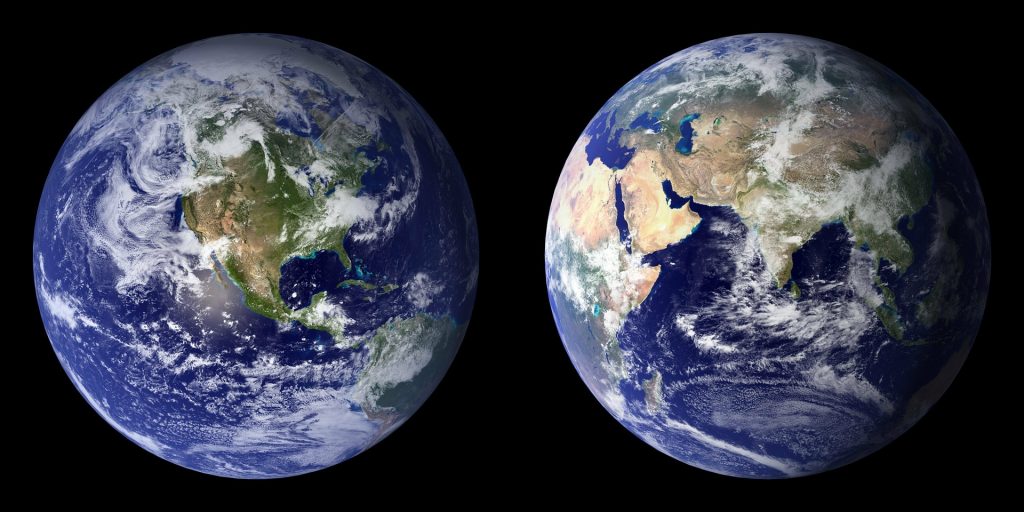 If you remember, we gave a few weeks ago the news that the physical plane of the new reality had advanced another step in its octave and solidification process, advancing to the MI note in the scale that we use to be able to do a kind of follow-up regarding the process of completion of the construction of the new 15.6Hz matrix. Well, we continue with good news, because this week has entered this process already in the FA note, successfully jumping the “point of hit” mi-fa, and starting with force this next stage of construction that continues at a good pace.

In fact, it continues at such a good pace, that the complete completion time of the 1.1 15.6Hz plane (that is, within the “physical” plane, the densest sub-plane of the seven sub-levels that make up the solid structure of reality) has been reduced to about 15 linear years according to our perception of time. What happened? We have not been saying for months that there are at least 20 or 25 years left until the “new school” is finished for those who have to go to the new level in it? Correct. But remember that we also said that the dates depend on the intensity and energy that is given at the octave of solidification of the last section and “material” structure 15.6Hz.

So, what happened? That Kumar has intensified this process, in the wake of the latest events with Asimoss and other races, to facilitate the exit as soon as possible, while the expulsion of the members of these groups that are still being extracted throughout the planet is complete, since now they are leaving the energy systems of people where they can no longer hide, because there are no permits for this and all the Higher Selves are in the process of extracting them, they continue to take refuge, as we have already mentioned, some in their bases and operational and logistical centers, and others hiding in the “nooks and crannies,” we are going to call them that, that exist between the structures of the planet, between the physical and etheric level, between the etheric and mental, between adjacent realities, etc. Therefore, as of the date of this article, approximately 7% of all the members present in the Earth of Asimoss, Animiss, Amoss, Zuls, Alomiss and a sixth race that we are going to present today, have already been expelled to the solar landfill.

Explaining the two main levels of power on the planet

One of the things that are possibly less known within the structure of the management system is the organization of the first two circles of power. It is not complicated, but to know this sixth race that we had not talked about until now it is important to explain how these two main strata work. As many of you may know, the structure of this management system is hierarchical and in circles of power, being at the highest level the Asimoss, or Sumerian Anunnaki, being three Asimoss members in “human” bodies or avatars that dictate absolutely everything what is desired to happen on the planet. These three Asimoss in control, receive orders from their own Asimoss hierarchies that do not use human avatars, therefore, they are also subordinated and receive instructions from the Asimoss “Royalty,” so to speak.

In the second level of this control system, there are six members, or six “chairs,” one for each race that is on Earth as part of the planetary management system: Amoss (Dracos), Alomiss (mantis), Zuls (insectoid) ), Animiss (antoid), a seat for an “original” human (of which we will now speak) and a “seat” for a breed with “canine” characteristics, from what we know as Sirius, and who were in contact with the tribe of the Dogon, in Africa, famous for its astronomical knowledge about this star system. As this can begin to gratify science fiction for some and activate unwanted programs that discard the rest of the data package of the article, we will only say that there is a sixth race or species that also collaborates with the Asimoss and others, coming from a different point to which all the others come from, and that has a little less time on our planet than the main ones we already know, having established agreements with the other five in exchange for being able to exploit the planet’s resources for their needs.

In any case, this group call themselves “Olslar,” which, as you see, no longer looks like the others, because they come from a different constellation. The fact that several of the previous races use names that begin with “a”, has to do with the fact that they all know their constellation of origin with the name of “Amiris”, and hence those self-denominations that start similarly.

Well, therefore, in the second level of “power” of the management system of this planet, there is a “command post” for these 5 races that we have said plus the Asimoss that are in the first circle. And we have said that there was an “original human” with a “seat” in this stratum. What does this mean? It means that, since the creation of the lhumanu by the Asimoss, one of the first “clans” that was put in power to control the rest of lhumanus has retained, since then, uninterruptedly, its “command post” in the control system, being this “character,” because it is not human as such at the level of the soul and has no Higher Self, but its body or avatar is similar to ours, the only “terrestrial” representative of the first two circles of “extraterrestrial” power. Then, from here, come all the levels that we already know more and less and of which we have already spoken in some occasion.

Therefore, and with this we close today’s article, we uncovered and in the light of conscience the last race that was missing to know from the main ones, and I hope that the good news of the acceleration of the process of solidification of the “physical” part of the “new Earth” is a great colophon to the state of the global situation. On the other hand, the elimination of their particular collective unconscious is almost complete at 80%, which has also reduced their “energy” and communication capabilities if not by technological means.

For our part, possibly we will continue with our healing and deprogramming processes in future articles, now that we will have a little more tranquility while they continue to expel Asimoss and company little by little, knowing that, in a few months, they will have the hours counted, because there will come a time when, in one way or another, will be exposed to the energy field of a human being, and, while they are in or within reach of a human being, there will be a Higher Self attentive to extract them to the solar landfill.

I believe the moves and countermoves are quite interesting. Eager to glimpse the tactical and strategic approaches employed.