What happened was Infinite Consciousness made a decision to introduce this universe into its structure over 13.8 billion years ago. What happened was Infinite Consciousness combined the two frequency vibrations together in a more powerful way than what had already existed within itself with an evolutionary design concept to form this universe. When the two frequencies merged together with a conceptualization for new life the Higgs boson was created. This began the creation and introduction of this universe. After this happened more consciousness and pure dark energy and pure light energy were being transferred into the formation. This is how time was introduced into this universe. As the design concept continued and more consciousness and energy were being transferred into the mixture; more time was being introduced. This happened as a result of conceptualization being introduced with evolution. Einstein said time is an illusion which is ultimately true, but time is necessary for consciousness to gauge its own evolutionary role in space and time. This is why time exists is so consciousness can formulate reality.

Light energy and dark energy contain different frequency vibrations and when combined with evolutionary activity cause pressure to accumulate. Within this formation of everything what was happening was pressure was accumulating with light energy and dark energy causing the frequency levels to change. With the evolutionary activity; subatomic particles were being generated out of the frequency vibrations. Subatomic particles contain different concentrations of consciousness, light energy, dark energy, pressure, time, force from evolutionary activity and force from the resistance to evolution. The resistance to evolution came from the change that this consciousness and energy was experiencing with a new introduction into time and space as the formation of this universe. The resistance to evolution was produced because this consciousness that was being formed into this universe wanted to remain in the same state as it was before which was being a primary part of Infinite Consciousness. This resistance contains energy and what was happening is antimatter was accumulating in the mixture out of the frequencies.

When this happened a lot of pressure was released and matter and antimatter collided; creating fusion and the big bang happened. The moment this consciousness stopped fighting and the pressure was released; what happened was when everything came together right before this universe was introduced this consciousness became unaware of itself due to the evolutionary change. This is how death was introduced into space and time with this universe. The universe transferred out everywhere and began its formation. The Higgs field formed. The Higgs field like I stated before has the most powerful evolutionary connection with Infinite Consciousness. The Higgs field absorbs infinity, consciousness and pure light energy and pure dark energy from Infinite Consciousness. The Higgs field also absorbs the frequency vibrations form Infinite Consciousness into its structure. The evolution of consciousness transfers out of the Higgs field with frequency vibrations. When these vibrations hit space and time in this universe, subatomic particles are formed. Because there are different variables of space, time, force and concentrations of light and dark energy, different subatomic particles are created. Some subatomic particles don’t interact with the Higgs field because they have a more independent role in the evolutionary process of this universe. Planet Earth was introduced into the Milky Way galaxy almost 5 billion years ago. The Milky Way galaxy is 13.51 billion years old; almost as old as the universe.

The consciousness and energy associated with the Milky Way galaxy are at the most powerful level in the universe because the universe is continuously evolving and like I stated before; the universe contains memory so the consciousness and energy associated with the big bang are at its most powerful level in the Milky Way galaxy. Earth and life on Earth is an extension of the big bang that is represented in space and time. I will explain some primary reasons this is true, and it has to do with the activity that occurred while this universe was under formation and what happened with the big bang. Male consciousness came from the lower frequency vibrations contained within dark energy and female consciousness came from the higher frequency vibrations that come from light energy. Male’s and female’s contain both frequencies but these are the dominant traits. Infinity exists here within Earth’s consciousness as well; this concept was introduced into world consciousness in the scientific realm as infinity or the spiritual realm as eternal life. If you think about wanting your consciousness to remain eternal, ultimately this fact is uncompromising. When I say that Earth and life here is a representation of the big bang; it is easier to understand this on a global level rather than an individual level with living organisms.

I had mentioned before that the consciousness that was being formed into this universe became unaware of itself for a moment before the evolutionary introduction of the universe. This is how this aspect of the big bang is represented on planet Earth. Death is actually the event that occurs with life here before a change in the evolutionary state of existence happens. The Higgs field is incorporated into the structure of Earth and all life here. Because Earth and all life here were introduced billions of years later into the Milky Way galaxy this means that life here is in the earlier stages of evolutionary advancement. The earliest fossils of anatomically modern humans date back about 200, 000 years. This means that human consciousness does not have very much interaction with the Higgs field. This is why human beings age so quickly and experience death. This is also why human beings cannot detect a lot of activity that is occurring in the universe; their consciousness simply does not have the evolutionary accessibility. When life here experiences death what happens is the pressure is released from the living organism and their consciousness, energy and particular identity within the evolutionary role in time and space transfer into the Higgs field.

When this happens life transfers away from Earth faster than the speed of light and into the Whirlpool galaxy. Of course it has already been proposed in physics that nothing can travel faster than the speed of light. But consciousness can because consciousness and light energy from Infinite Consciousness that this universe is contained within are the two primary elements responsible for the acceleration of space and time, and the universe itself, and this is incorporated into the Higgs field. When life transfers into the Higgs field; life becomes a part of infinity and the moment because this is what introduced the Higgs field into this universe. The Higgs field contains consciousness, infinity, light and dark energy and the energy of the moment. This is what was introduced with this universe and what’s responsible for evolutionary development. When life experiences death here it is like being born again through the Higgs field and ending up in another destination. The reason a tunnel has been described with NDE’s is because it is a wormhole that is created when space and time experiences alteration like this.

Because Earth was introduced into the Milky Way galaxy which is almost as old as the universe itself it means that the primary aspect responsible for evolutionary development in the universe which is the Higgs field had to evolve into life and advance here with life. The reason that life hasn’t had that much interaction with the Higgs field is because of the evolutionary force that is represented by life and death being so closely associated here. This is why the Higgs boson that the LHC has tried to isolate experiences decay so quickly. That is life and death. All of the different representations that consciousness goes through here, especially the human race are examples of what Universal Consciousness went through with it’s own formation that exist within memory in space and time contained within the Milky Way galaxy. Male and female consciousness and interaction, reproduction, life, death, love, fear resistance, unity, separation, indifference, clarity and evolutionary advancement are all aspects of consciousness and energy that took place with the big bang. The reason there is so much of a diversity of this on one planet; contained within all life here is because of the location that Earth exists within. Earth is contained within a location that is 13.51 billion years old which is in the most powerful aspect of space and time contained within Universal Consciousness. This is why Earth is such a powerful representation of what occurred with the formation of this universe and the bang. 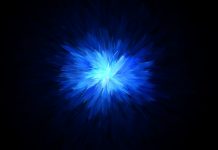 The Big Bang In Relation To The Evolution Of Human Consciousness 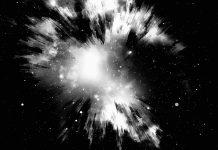 The Evolution Of The Big Bang

Guest
Tania
Absolutely love this "Down to Earth" explanation. It mirrors how We/i know this already intuitively but gives me a vocabulary and a sense of selfacceptance that there might be more "stuff" We/i know already regardless of it at this moment in time having little support Where i stan with my surroundings.
You Must Be Logged In To Vote0You Must Be Logged In To Vote