Within the star codes of humanity, the light of the Pleiadian cluster shines like a multicolored gem. Little is recalled of the trajectory of the Cosmic human within the large cluster, but plenty are the expressions on Earth of what once was built in such corner of Cosmos. Alcyonians still exist within the holographic bands of life in the non-physical realms. After transition from physical life to the afterlife, those who once came from Alcyone can go back to this Galactic station.

You have been told that the Pleiades consists mainly of 7 stars. This notion is incomplete. The Pleiades in itself is a very vast cumulus of stars, more than one hundred of which only a few have been studied by astronomers. Take then the fact that each of the most visible stars, the ones known as the seven sisters, are not all single stars but star systems.

Examples of star systems include Alcyone, Taygeta, Pleione and Atlas. Alcyone in particular is conformed by five different stars labelled as Alcyone A (binary), B, C and D. Originally, the Alcyonian system was the station were an additional giant faint star existed. This enigmatic star was destroyed during a major Galactic conflict, at a time the Pleiadian cluster experienced a major fall in consciousness.

The splendor of the Alcyonian Star System

This system was explored and inhabited shortly after the falls experienced within the Lyran, Draco and Orion systems. Other systems like Canis Major were involved, creating of this station a poly chromed melting pot.

Several hundreds of years after the first immigrants and colonizers stepped into the Pleiadian cluster, within the Alcyonian system, many races gathered to bring about the integration of several polarized paradigms.

Contrasts in cultural, social, economical and technological expressions were blended in one smaller cluster of stars. Rebellions from several groups, consisting not only of reptilian factions, but also of Elven people, insectoids and many others, were unavoidable during certain stages of Alcyionian expansion.

However, great gains were palpable and unforgettable lessons became embedded in the DNA of Alcyonian inhabitants. A new age in intergalactic negotiations and pathways emerged, bringing forth some of the best Galactic creations.

Only a few planets and moons orbiting the Alcyonian stars fulfilled the basic requirements for life to flourish within them. Experts from several fields brought forth technological tools enabling a fast environmental conditioning based on terraforming and other techniques.

People from the Sirian stars, Orion, Draco, Arcturus, Alpha Centauri, Hydra, Opiuchius, Cetus, Spica, Lyra, Reticulum, Cassiopeia, and many others participated in the Alcyonian blending. An extensive process of hybridization of process took place during the centuries of development of Pleiadian civilizations, which was evident at the time major Galactic capitals were established within the Alcyonian home worlds.

As the Alcyonians expanded and culminated in a collective balancing of the Divine Masculine and Divine Feminine, an elegant blend of high tech, preservation of ecosystems and splendorous cities attracted species from nearby and distant corners of the galaxy and other far away home worlds outside of the Milky Way.

Within the Cosmic Earth human, starseed codes of Alcyonian origin are being rediscovered in the application of sciences, culture, economic systems and geopolitical relationships. Awakening masses concerned with the balancing of the Divine Masculine and Divine Feminine bring forth the effort to create more sustainable paradigms for future generations.

While there is a contrast in the ways in which individuals work within regional and international institutions, some of the best expressions of these efforts come from the Alcyonians who learned to coexist with a vast Cosmic population.

As the Earth human awakens further to the Pleiadian heart within, more energy from Alcyone will be assimilated and used in the creative processes in all areas of life. 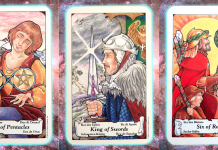 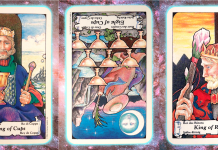 Let Not Your Light Be Dimmed: Nine’s Path Pleiadian Tarot, Week of August 16 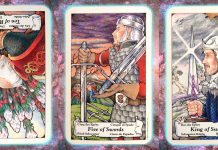 Divided No Longer, the Kingdom of Mind Is Yours: Nine’s Path Pleiadian Tarot, Week of August 9 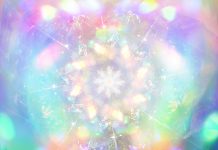 An Astral Travel and Visions from a Pleiadian Starship 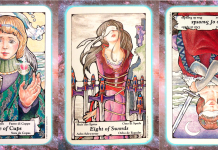 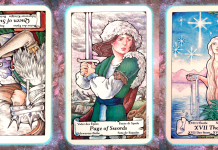 Cool article ! i have been in Alcyon 2 times at least during astral projections I don’t know if I talked about these experiences in my articles but the latest one sent me to see the new ships the Pleiadians are working on in very sophisticated laboratories.