By Arlene Schar Leffler and Dr. David Leffler: President Donald Trump tweeted “I am asking for WORLD PEACE, nothing less!” after signing his executive order to officially reinstate US sanctions against Iran. There is a better scientific, field-tested solution to create world peace; one that is more humane and expedient than political sanctions. The method comes from the union of social science and quantum unified field theory—not from approaches utilizing weaponry, and not from the field of politics. This solution, once successfully implemented, would elevate President Trump to the status of a great humanitarian and brilliant world leader capable of solving seemingly unsolvable problems, once he embarks on this course of action.

This approach is called Invincible Defense Technology (IDT). When properly applied, IDT neutralizes the collective societal stress that fuels crime, violence, terrorism and war. In this way it creates a powerful and measurable influence of harmony and peace throughout society, defusing the social conditions that lead to conflict and danger within the population in a way that is humane and beneficial to everyone involved.

The practical components of IDT are the non-religious Transcendental Meditation (TM) and the advanced TM-Sidhi programs. When large groups of experts practice these programs together, the powerful field effect of coherence and peace generated spill over into the surrounding population, as extensive scientific research has shown. Many published, peer-reviewed research studies have repeatedly confirmed measurable decreases in war, terrorism, and crime, as well as improvements in quality of life such as reduced accidents, hospital admissions, and infant mortality–all tangible signs of reduction of societal stress. Due to this research the non-profit organization Global Union of Scientists for Peace (GUSP) advocates this simple and cost-effective approach for creating world peace. (see: https://www.gusp.org/global-peace-summit).

In highly stressed areas of the globe, the establishment of large groups of IDT experts has also led to increased prosperity and economic growth, including a decrease in the misery index and significant increase in competitive growth. These positive changes in social trends have occurred concomitant with IDT. Its coherence-creating effect has also been documented on a global scale in a study published in the Journal of Offender Rehabilitation. When large assemblies of civilian IDT experts gathered during the years 1983-1985, terrorism-related casualties decreased 72%, international conflict decreased 32%, and overall violence was reduced in nations without intrusion by other governments. Militaries in South America and Africa are actively field-testing this approach by creating IDT Prevention Wings of the Military to reduce crime, quell violence, create prosperity, prevent the rise of enemies, and create the conditions for lasting peace. 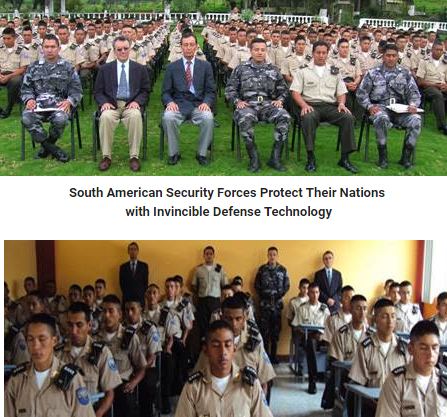 For less than the cost of a few modern fighter jets, President Trump could give the executive order for the US military to immediately train a group of at least 15,000 warriors in this advanced IDT approach. This elite Prevention Wing of the Military would practice the advanced IDT programs twice a day in group to defuse social tensions on a global scale. Once it becomes fully operational, the societal conditions in troubled countries worldwide will immediately improve. Collective consciousness of their populations will rise through the influence of greater harmony and peace. Those who have engaged in violence will no longer do so, and better solutions will occur to the people and their leaders for improving their own living conditions. Studies have shown repeatedly that this method works–and will continue to work as long as the peace-creating group is maintained.

Given everything world leaders have tried which has not worked, and many things tried which have been inhumane, it is certainly worth giving this benevolent approach a try, especially in light of its track record for success. It is simple, effective, inexpensive, and has the potential to position the USA as the world leader of this cutting-edge technology. With IDT, President Trump would not only make America great once again, but truly make America even greater than before, as well as globally respected and admired.

Continue reading the article in full.

Very interesting concept–and exactly on point with what The Heartmath Institute and Gregg Braden (among MANY others) suggest through their research. Some (including me) might argue that this is exactly what those who focus their mindful energy on "the highest experience for the benefit of all" are creating. This is a pretty compelling argument in support of the idea that THE "OUTER" REFLECTS WHAT WE CREATE ON THE "INNER" (or "As Above, So Below", etc.).

Member
Lila
Leaders like Mahatma Ghandi, Mother Theresa and just about anybody who has led groups of people in prayers for peace could be said to have done this successfully many times throughout history.
Definitely an underutilized resource that is far less expensive and far more accessible than so many things we attempt. I wonder why?