If we look back and see a bit the material we have worked on in the last few months, you will see that we have touched quite a lot on the projection of reality and how co-creation works. Both in the articles and in the questions and answers that you have in the archives, you have been able to read the different mechanisms and processes that are given so that something that to our senses seems solid and unalterable, can be easily changed, modified, manipulated, etc.

Even if at the moment this seems only theoretical content, and even when there are things left to understand, you will see in the future how once we learn to put it into practice in a recurrent and more direct way, you will be able to verify the potential of changing the things that we have by default and like everything else, in a world that is nothing more than a macro hologram (although it does not seem like it) there is nothing that is written in stone.

So I invite you to review everything we have published so far so that these concepts and mechanisms are well integrated and little by little you can experiment with them with complete ease to make changes not only in your particular reality, but in the global and general, in small local scenarios in most of the times, and then, hopefully, in the future, at the macro level when a large part of those destined to reach the levels of line 42 where it has to be assumed if or if the conscious control of the reality in which one wants to exist, know how to do it. There is still a lot of time for this.

Steps and rules that govern the change of evolutionary reality

The next topic to which we are going to dedicate a season, even if we go jumping and mixing it with others, or reviewing concepts of the previous topic that are perceived in the collective unconscious that have not been made clear, is the subject of the laws that govern changes in reality and evolutionary leaps, to dispel a little the mysticism, the fantasy and the doubts about “this” that we are living and that literally have told us (or not) in a thousand different ways in ten thousand different books and through explanations perhaps unclear or incomplete. 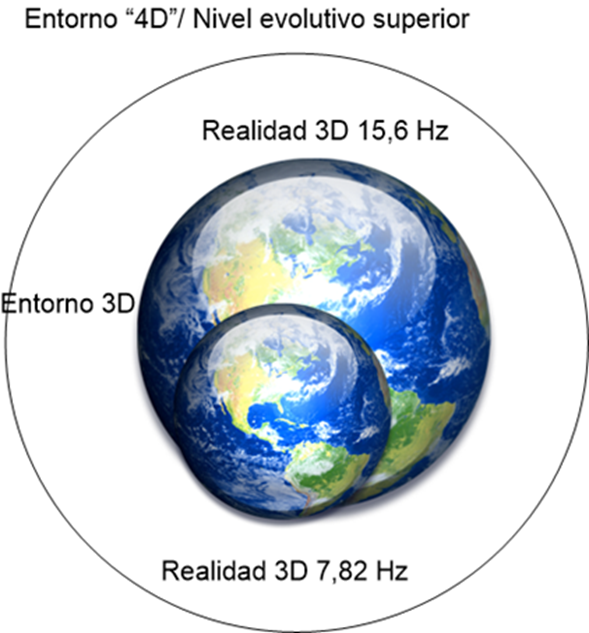 Therefore, we will see a set of processes divided into three macro blocks:

With the series of articles that we will do about it, you will see, I hope, more clearly, how you proceed on a planetary level whenever a “game board” proceeds to make an evolutionary leap in your personal octave (as Earth is doing now) ) and how to adjust to those who are “on the planet” to prepare for the change, and how all the components of the planet will change, in the time that is necessary, the biosphere and humanity for it. In the next article we cover these topics and we will see it little by little.

Looking forward to the next article. Thanks Carl for the translation and thank you David, as always, for sharing the wisdom.