As recently participating in a medicine woman training we went on a vision-quest in the beautiful landscape of Glastonbury, said to relate to the heart-chakra of the world. We were walking in a spiral leading up to an old building called Tor, said to be a spiritual place where ceremonies and spiritual meetings have taken place since long back in history. The symbolism of the spiral is also beautiful as seeing life as a spiral movement rather than us moving in one set direction onwards.

A vision-quest is a phenomena commonly among shamanic traditions, where you do something like walk out for long in the nature, desert, spending days in caves or such and in certain traditions when you hear the voices and see the visions, you walk back and bring your vision. This time we walked for about five hours and the challenging thing here was that it was difficult to walk in some areas and there was a lot of nettles. When we had been walking for about two hours we came to a special place where the trees where in a leaning position towards the ground. 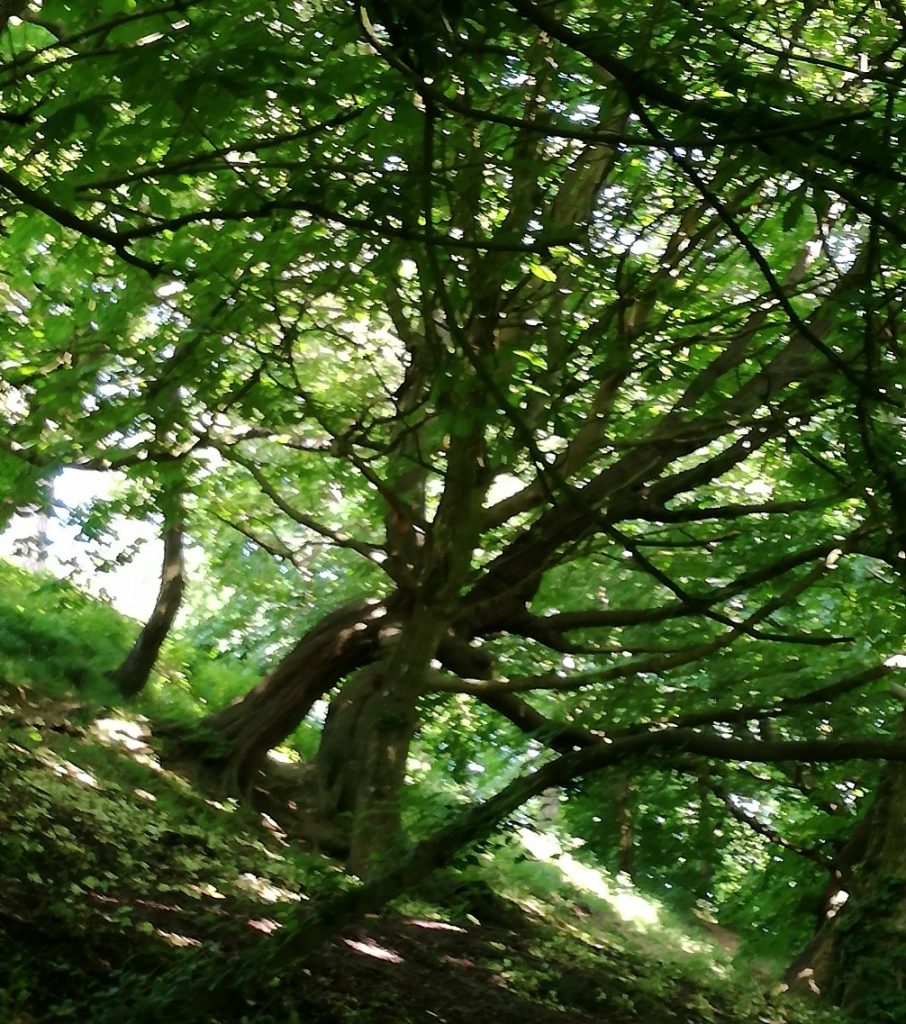 As I was sitting and meditating there I saw an Aum-sign, a sacred symbol in Hinduism with many different meanings as for example the sum of all sounds. When we repeat the Aum in meditations for example we will feel a certain vibration in the third eye and the sound will give a very harmonious feeling. Each components can also relate to a different chakra or energy- centres in the body. A is the root and the sacral, U is the heart and M the Third eye. The silence in the end is the crown which connects us to universal Consciousness. These are just examples of the many more meanings (these meanings I have been taught as studying yoga philosophy in India by Indian teachers) Aside of the Aum sign appeared a drum painted with spirit animals and the word integration grew from this. Also adaptability came to my mind as the trees really showed adaptability for growing in such ways.

There are so many things in society made for separation and therefore I think there is a point of not following one specific tradition to any prize even if there are schools or traditions of spiritual kind that we resonate with more. We also create specific groups for women and men for example which even with its benefits, I think has its benefits mostly just because society looks the way it does considering separateness. There are also people in our society who does not consider themselves in the term of a woman or man but inter-gender and other related terms for example. I think its`s important that children get to learn about different dimensions of how humans want to be considering mentioned example and similar otherwise they grow up with pressure to fit in according to the norms which can lead to depression and anxiety which are also widespread diseases of today`s society. This will also block the creative energy and without creativity there is no development.

The separateness and the manipulation related to it show it´s face in many different arenas. The traditions as they presents itself today might not be the same as they were long before and we don’t know exactly how the traditions have changed and in which ways the traditions were ruled in the past, for different reasons suiting the ones who had power positions. In shamanism the use of herbs and among some even hallucinogenic plants is a common phenomenon but I think most people wouldn’t relate yoga in the way yoga is known today as related to the use of herbs. But in some old scriptures there are stories about when the yogis used a sacred herb called soma and entered higher realms of consciousness along with certain postures.

The bible could have been a different reading if not the ones who were part of the canon group deciding which parts to include, as there are scriptures saying there existed parts in the bible related to reincarnation for example and our ways of understand and relate to life and death could have been completely different and maybe not as two separate phenomenon.

There might be so many more common themes among people, rites and traditions than we know about today.

I really believe as studying in many various schools of yoga, meditation, shamanism and medium schools and such, there are different things we can embrace and learn from different schools and no matter what we learn from these, that is to say we can take guidance, use herbs and astrology for understanding and so on but I do feel these are guides and possible catalysts more than something to follow in all situations and or to use excuses for us being in a situation we don’t want to be in and such. The higher self can be seen as the red thread helping us how to relate to a certain knowledge, to sort out what we need to embrace and how we with our uniqueness can bring the knowledge further using our creativity.

As well as there have been powers or ways, hidden in society there are also herbs forgotten or misunderstood in the history. Such herb could be the nettle as well known for its sticking. But there are so many gifts and healing benefits of this herb. 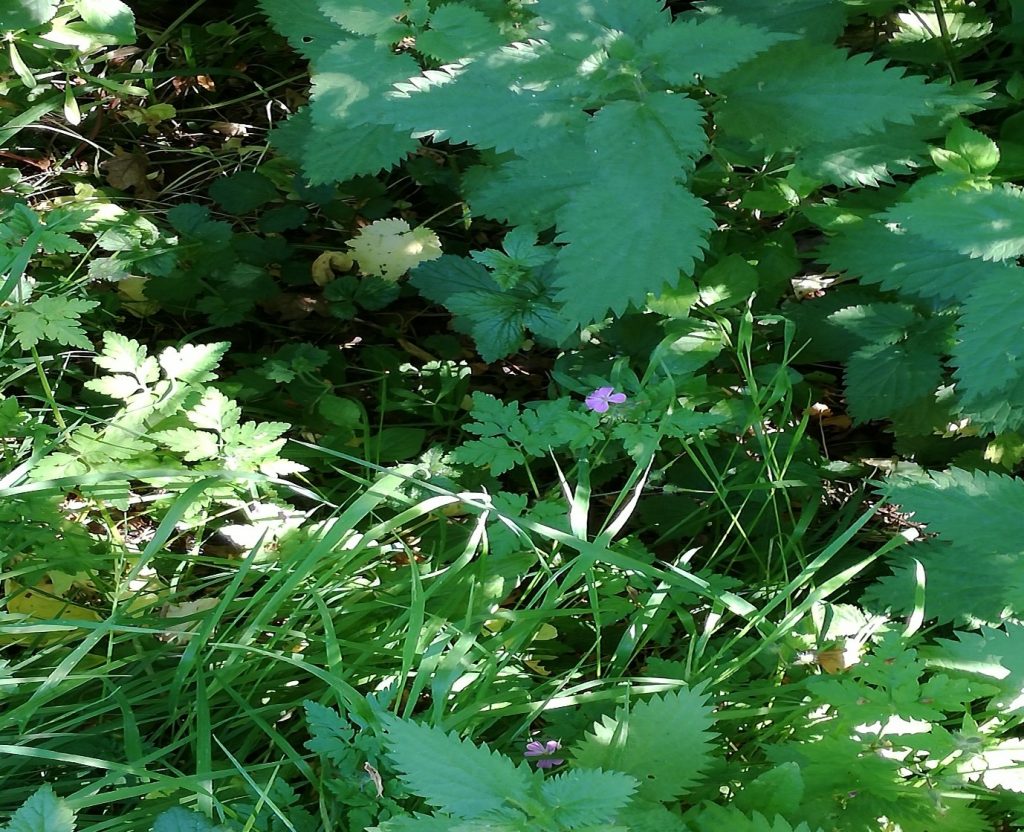 Nettles cleanses your blood, has anti-inflammatory benefits, protects against hair loss and kidney stones, allergies, high fever, bleeding, diabetes, cancer, anti-aging and lung congestion. Nettle tea is also said to give energetic protection and give you an energy-boost. Nettles can also teach us how to transmute painful life experiences into growth and renders to strength of emotions and can be used to come into contact with the inner warrior, get courage and break free from victim mentality and bad patterns and so many other benefits.

During the vision quest I got a nice experience with the nettle plant. As my foot started to have pain from my shoe I had to take them off walking with just socks which was really a challenge as there were nettles almost everywhere, just some spots left without and in some spots they were so small you couldn`t see them. I did a prayer to the plant as for showing gratitude and open to receive the gift from what I was being taught from the plant.

Rather than just looking I had to feel more where I put my feet as impossible to see at some places. At some points it was sticking but I managed better than I thought from the beginning with few sticks. I really couldn’t turn back as I was in the middle so it wouldn´t had matter so there was no way but to try to manage.

I learned from the plant the importance of letting go of control and trust the way and the feeling of the feet as to feel where to step and also that there is guidance/help if we are open to receive. If we tend to be the giver many times in life there can a lack of trust if not in balance, and we might feel we have to manage all the time by ourselves not counting on help. This can also be related to an ego-element of fear of losing control or showing ones vulnerability.

The fiery feeling as it sticks you brought the importance of not holding anger and irritation and bitterness inside as then it can burst out and or create sadness that can be hard to over-come but to bring things out but at the same time ask for/ do something creative for transformation as for example anger can be transformed to the ability to speak up and not take injustices and to bring out something with emphasis for example.

As the trees adapt to the landscape we also need to have adaptability in life because if we don’t have, me might feel lonely or can become too much stubborn or stuck in our old ways that might not serve us the best to where we are now. But if we adapt too much we can feel lost, confused and not in touch with ones higher self or such as that. Important questions is, what are the things to which we adapt which are healthy for us individually and collectively? Why do we adapt when we feel it is wrong and what are the reasons for not adapting for example?

Not only do we learn new ways and collect new missing parts but also unlearn from patterns from the past and the parts of ourselves can integrate more fully.

She teach me how to give from an honest space. To adapt and when to go. She teach me that receiving is another way to give. She teach me to feel, from the top and to my feet. Even in the times when I can´t see her face. 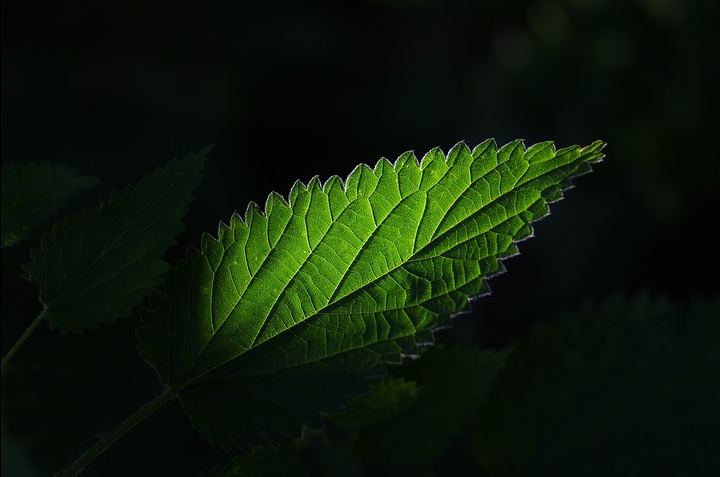 Member
Angela
What a beautiful message.

Admin
Laron
I really enjoyed this one as it had not just a personal touch from direct experience, but a lot of wisdom from the storyteller.

This is a beautiful piece of writing. The special reminder for me is that receiving is another way to give.

It is a nice synchronicity to reread this article.

I have been on a sweat lodge this weekend where we also had a nettle “bath”. So stinging ourselves on purpose with the nettles which is very energizing.

for the last month I have had a lot of message related to letting go, letting go of control en trusting in the future. These are also the important messages of this article.