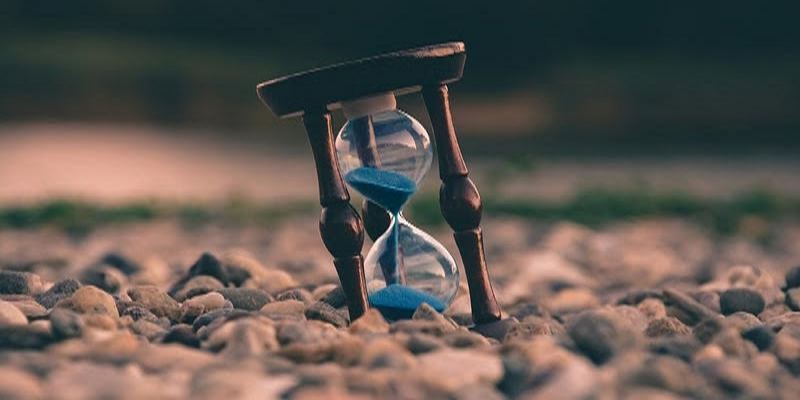 We had left in the last article the work to be done to eliminate a series of filters and programs that disable the acquisition of new knowledge, diluting it and adapting it to the needs of the paradigm in force and the macro belief system that we all have programmed in the preconscious mental sphere. Expecting that a good part of these filters are already deprogrammed, we will continue explaining the operation of other parts of the system under which we live, so that we continue to know what moves between the scenes of the structure of our reality.

You already know that many things that exist in our world have a series of “buffers” and systems to ensure their “robustness” to function properly so that they do not change suddenly the way they work. If a vacuum cleaner today works at 10% of its power, without doing anything tomorrow it sucks like crazy and the next day it goes to half its capacity, it would break all the schemes of how, in theory, a vacuum cleaner that is “well done” has to work. In the same way, our common reality also needs a series of systems to be able to stand firm, fixed, unalterable, or at least robust enough so that the common structures do not change every two or three days. If they do, we would go crazy, because if we see a world that seems to be solid literally changing every few minutes, our reference system to which we “anchor” in order to sustain the illusion of reality would vanish and, as we cannot be connected 100% to our Higher-Selves that could minimize that impact and that “shock”, and manage with naturalness the adaptation to the constant change, a part of our programming would become unstable and, consequently, it would activate the different programs that give place to the concept of madness, disorientation, confusion, not understanding anything, paranoia and derivatives.

A framework of energetic scaffolds

So that this did not happen, and we could maintain the illusion of immutability, we were endowed with a network of energetic anchors that do not move too much the structures underlying the etheric and mental levels that run behind what we perceive as “solid”, and there are some scaffolds that sustain the world with the right mechanisms so that we always see the same. If something had to be changed in the solid plane, it would be changed in the collective unconscious, as we have seen when we explained how to dismantle scenarios of our common reality, then the scaffolding of the collective unconscious in the mental plane will be changed to sustain those changes and modifications in the mental scenarios; then the changes are made in the etheric plane, then the scaffolds are changed and adapted in the etheric plane so that these changes are fixed and sustained, then the changes in the physical plane are manifested and occur, and finally the scaffolding of the physical reality is adjusted again to sustain the new scenario that again seems immutable, unaltered and fixed.

In this way, and for this reason, any change that one wants to make in the solid and earthly world takes a long time, in general, to manifest itself in our eyes and in our perception. The techniques we use for visualization, projection, manifestation of what we want, are very effective and do the right thing, but the mechanisms that convert a mental projection into an event, object or situation at a physical level are so delayed by the “scaffolding” that have to hold each projection that, in many cases, we despair because things never come if we are aware of the process by which the octaves of the manifestation of something are carrying it out or, in most cases, it leads us to believe definitively that there is nothing that can change our reality and that it is not possible to do it simply from the projection “of the mind”.

Why these “energy scaffolds” of security?

To be sure, those who designed them, that if we managed to awaken our potential, imbued in our DNA, and managed to regain full connection with our highest levels, if we managed to manifest the consciousness of our Higher-Self, spirit and soul in our personality, we would not have it easy trying to dismantle the control framework in the physical plane in which we find ourselves.

Can we get rid of these anchors that keep the processes of each plane fixed and unalterable until the stabilization processes that allow the octaves to pass from one plane to another take place? We can, but now we would not be prepared to sustain such a great rate of change if these scaffolds were to disappear at the common level. What we can do is dismantle those that prevent us from seeing changes more quickly in our individual structure, because as it is above it is below, and as it is outside it is inside, so if there is something that exists in the common reality and agreed upon by all , and if there is something in the structure of the planet that is part of what is used for the staging of our evolutionary experience, that same “something” also has its individual version in each one that we can work on.

What are these “individual” anchors and how do they work?

They are programs that exist in the subconscious mental sphere that what they do is greatly slow down the changes, emissions, octaves, processes and energies that we emit automatically and unconsciously through the pineal gland, making sure that each process that we start up is first accommodated in the part of the mental plane corresponding to our individual reality, then those programs allow the octave or process to pass to the etheric plane, and re-secure it, checking that everything is always in accordance with the parameters of the control system and , then, they let the octave pass to the physical plane where it is then again re-secured and fixed so that our three-dimensional senses can “affirm” that something has already “arrived”, we have achieved something, manifested something, completed something, etc.

How is a process of manifestation of an octave being followed?

Each wave that we emit with content from our mental body is assigned some “quantum packages” of data to be able to monitor the process of manifestation of that content by our Higher-Self and by our Ego program, so that the control programs of the manifestation process of our reality that are in our subconscious, through these “anchor programs”, modulate the passage of the octave from the mental to the etheric and the etheric to the physical that the programming imbued in us dictates, making then any mental process that could be manifested on the solid plane in three days to take three weeks in doing so.

Again, to deprogram this, we have to go in layers, because each level of programming of the belief system imbued in the mental spheres has its own “anchor” and “slowdown” programs, so, as we remove layers of programming, we can remove the processes that slow down the accelerated functioning of the manifestation of individual reality. The request is this:

I request that all the “slowing down” programs present in my subconscious mental sphere be eliminated, in my mental body and in my psychic and cognitive components and modules. I request that all the systems that slow down, reduce, limit and distort the manifestation processes in my physical and solid reality of what I emit from my mental processes be dismantled. I request that the management mechanisms of the octaves and manifestation processes of my individual reality be readjusted at the speed marked by my Higher-Self for it, deprogramming and eliminating everything that slows them down and adjusting them to the proper rhythm so that I can feel comfortable with the speed of the changes that this may produce in my earthly experience. Thank you.

As you can see, we added a part to request that the speed of manifestation be adjusted to the rhythm with which each one can feel comfortable, to avoid that today you emit a thing and it is in your hands in two hours when before it took two months. Although it would seem that this would be the right thing to do, it is not, other programs and patterns of thought and beliefs that we have would start to conflict with what we believe and know about the functioning of reality and, therefore, would induce relatively subconscious inner conflicts dangerous to our mental stability. So, in this way, we will or we can gradually increase the rate of manifestation of processes in our lives, first removing everything that slows them and then little by little getting used for things to flow differently when there are no buffers that limit their manifestation.