We already leave aside the explanations of the processes that are taking place on line 33 hoping that all those involved and affected by them have the necessary tools and knowledge to be able to proceed and make the opportune decisions for the management of their realities in that line. 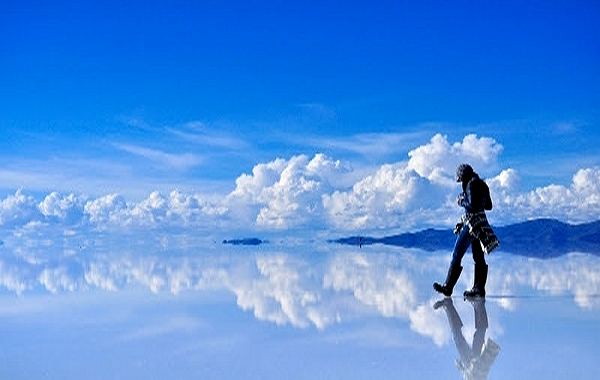 So, from now on, we are going to focus on the work that needs to be done on line 42, so that all of you who are already in it, or in transition, start to have the knowledge and tools of all that it is necessary to prepare the path that leads to the change of the “matrix”, far away in linear time, but much closer than we think.

First we will lay the foundations of what are, at the energy level, the “rules of the game” for the 15.6Hz matrix, the new reality, the new Earth, etc. These “rules of the game” are the ones that mark the type of preparation that we need to carry out in order to take control of that reality when the time comes to do it, and those that mark the preparation, knowledge and tools that we are going to deliver in the next years so that all of you who are in favor of starting to prepare can do it.

As we have already spoken several times, the common reality that exists for all humanity is encoded in the preconscious mental sphere, where the so-called “paradigm” is programmed, the set of rules and structures that mark how we project, create, decode and perceive the entire “solid world” in which we exist. These rules will change for the “new Earth”, so that we will be governed by other different circumstances that we must know beforehand, even though now it still seems impossible or complex to understand and carry out.

Currently, the rules that define our reality, both the considered laws of physics, and the “spiritual” and cosmic rules (such as the laws of cause and effect, the laws that set the parameters of what is considered “valid” by the science, the laws that mark what we perceive or not of our multidimensional framework, etc.) are programmed in all of us from our birth, when the mental spheres are inserted into the mental body for each new incarnation, something that we have mentioned in the previous article.

For the new “matrix”, this preconscious mental sphere has to be deprogrammed from the current laws and, little by little, we have to imbue the new rules of the game in our psyche so that we can eliminate the restrictions that have marked us so far within the game board that is the matrix 7.8Hz, the “old Earth”, the current reality. Therefore, the collective unconscious of line 42, which is already sufficiently separated from the CU of 33 so as not to be affected by what happens in it, imbues and incorporates into itself a different series of energy structures and rules that determine the way in which the human being has to interact with the increasingly higher vibrational currents that will be found as he advances along the line 42, and go up the level within that same line.

Remember that we had mentioned that line 42 is like a huge energetic current that could be assimilated to three rainbows placed side by side, adding altogether, roughly, 21 levels or steps, three octaves of seven levels each, although it is only one way to perceive it because except at the jump points between 4 and 5 level, and between level 10 and 11, there have been installed protective barriers to prevent the races in control from sneaking into that line, the rest are simply energetic gradients without any clear distinction to each other from when one begins and another ends (in the same way that it is not possible to define in a rainbow where exactly the red ends and the orange begins, they are diffused levels at their extremes).

In this way, there are two important parameters that mark two concepts that we will have to assume and learn to manage when the moment of reality change arrives: the mastery of the manipulation of personal reality, and the mastery of the manipulation of the collective unconscious. This means that, those millions of people who are responsible for the management of this new “matrix” will be responsible for the entire network of the same, not only at a “tangible” or solid level, but throughout its structure of plans and energetic levels. So that everyone at some point in their evolutionary path and before the level change, will have to be prepared and know how to control their own current reality by acting on the programs, parameters and archetypes that we have encoded in our preconscious mental sphere and subconscious, and then, we will have to understand and be able to interact with our collective unconscious 42 in a natural way.

This last concept is the one mentioned some decades ago in some of the first channeled books that managed to arrive with only a minimal distortion in their reception, when talking about the creation of a “social memory complex” for humanity (The Ra Material, the books of Jane Roberts, etc.)

Creation of a social memory complex

A “social memory complex” is a collective unconscious to which its “creators” (the people connected to it) have full access in a conscious way, so that they can “perceive” and interact globally with this enormous database, as if it were a common information file for all humans, and from there we could always have information about what happens in a generic way in the reality in which it exists.

Again, since at the moment this sounds like science fiction or something too abstract, keep in mind that we are only beginning to lay the foundations of what these concepts are; that we will develop in the coming years and that we will explain how to equip ourselves with the tools necessary for this. Therefore, we will go little by little and you will see how when the time comes we are all more than prepared for that change in a natural, simple and fluid way.

Therefore, the two most important points that will occupy certain time of preparation in these initial steps are the achievement and mastery of personal reality and then learning how to monitor and be able to work consciously with the collective unconscious of line 42. You see then what interesting things we have ahead of us and what we are going to obtain.

This article has been translated from Spanish to English by Carl, one of transients’ community forum members, over on the Roundtable. Editorial changes made by Laron. David has given transients.info direct permission to share his articles in this manner.

I have ventured forth on that path of learning the mastery of personal reality, probably a good period of 10 years now. Bruised and battered because of having to unlearn the old paradigm… from this vanguard position I can say that the mastery is achieved when you can be relaxed about events, even when confronted with their negative sides. When you take a grip on your own mental thoughts and realise that even the smallest deviant thought affects the fabric of the existence that you then experience. And an important part of this, is being relaxed enough to let others… Read more »