By Rogue Watcher, one of transients’ Roundtable Forum members: The Emotional Aura, in my view, is probably the most telling signature of the soul. Now that I think about it, the most mathematical. Imagine a straight line traveling across the X-axis of a Cartesian plane (horizontal on a sheet of graph paper). Now set this horizontal line so that it crosses zero on the Y-Axis (it has zero elevation). This will represent the default of a given aura’s field line. Now take this two-dimensional line and wrap it evenly around a person’s body. It will be laid out in a grid-like shell that fits over the body. Now make this field line glow. Why? It’s cool that’s why.

At any given time, energy will be following these field lines. A person will have a normal emotional state with a corresponding field pattern. Examining the field line again on the metaphysical graphing tool, the field line is actually a waveform. A balanced person will have a waveform with smooth features. The energy will fluctuate up and down as the soul experiences different things and will resonate in response to those experiences. The more intensely the soul feels an emotion, the higher the amplitude of that waveform. The intensity oscillates because the soul is constantly taking in new experience and takes some nearly imperceptible measure of time to interpret and resonate a response. Each emotion, and there may not be a limit to the number of emotions that can be felt at a time, has its own waveform. This creates layers of field lines. Experiencing more than one emotion at a time causes these different field line layers to have relative variances. The aura gains texture.

These textures are important because they represent emotional health. If a person is mad at something but is simultaneously feeling a love that eclipses that anger, that person will emanate a sense of love. The overall amplitude of the love waveform is higher than that of the anger waveform, so the anger is mostly concealed. However, the anger waveform may peak through the love waveform at its low points. This will be perceived by another in facial expressions and mannerisms — similar to when a mother will be scolding her child for doing something bad but adorable.

People are simple in their most basic design, but that same person is comprised of countless repetitions of these simple aspects in cosmic scales. This is the complexity of life… mind, body, and soul.

As a person experiences everything there is to fathom, they sometimes begin to be overwhelmed and their aura resonates in response. Extreme circumstances and pivotal moments in ones life, be they microscopic or macroscopic, can sometimes jar the alignment of relevant waveforms so that the geometry of their intersections is different from what they were — from what is normal for that person. The person will feel frustrated or lost. They will feel out of touch, out of step, out of tune with the universe. Fixing this requires counter balance events or repetitious smaller events that cumulatively add up to the degree of alignment change. This can be achieved through needed life experiences or by aura manipulation. Both have the capacity for emotional healing. (I will add Aura Healing Theory to my Codex later)

The soul is cognizant of these auras and the more attuned it is to those auras, the more control it has over their manipulation. Sometimes this manipulation is voluntary and sometimes it is involuntary. A person will have a tendency, in both cases, to present whichever emotional aura is most beneficial by allowing the needed emotional wavelength to surge in magnitude. This occasional surging is healthy. We need these emotions to communicate and adapt to our environment.

We have covered one adaptation, the choosing of which emotion to show. But there are others as well. One often talks about building walls to protect themselves from disrupting events in their lives. This is suppressing the amplitude of all the emotional waveforms and is akin to electromagnetic hardening. The less the soul is radiating the easier it is for the soul to maintain control and mitigate hostile influences. Another adaptation, involves taking advantage of an already frustrated soul’s high variance aura and surging already existing peaks. This creates a porcupine-like texture that resonates GO AWAY.

Visualizing auras in this way, allows for a higher amount of self control and affords the possibility of using your aura to influence that of others. After all… your mind, body, and soul can reach out.

Rogue Watcher is one of our members over on transients’ community forum, The Roundtable. You can find more posts from RW, right here.

Editorial changes made by Laron 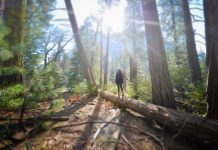 The Benefits of Being Alone 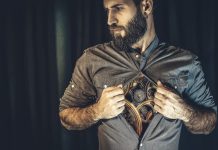 Create Your Own Energetic Mechanism

Wow! That addition is well-written and very insightful! I’m looking forward to this when completed. Maybe then this can be on Laron ’s promoted articles webpage.

Thank you. But I fear my non-spiritual writings and other hobbies will delay the creation of a finished product. lol

Thank you. But I fear my non-spiritual writings and other hobbies will delay the creation of a finished product. lol

No rush! Whatever is best for you. 🙂