The Orion Temple of Healing is a sacred place I went to, for the first time, few days after I received my Reconnection on September 2013.

It was there that I met my spiritual guides during a conscious out-of-body experience I had while waiting for my turn to meet a woman for a professional report session here in Rouen.

My spiritual journey was very quick and I felt a huge shift in few days. I had to understand what was happening to me especially when my right hand started to swell and bleed while I was driving my car, a week after my Reconnection.

It was the healer in me coming from my soul, showing me who I am.

As Reconnection is based on sacred geometry, I understood the connection between my physical and spiritual transformation when I received it. The Temple is based on sacred geometry energy for healing. It is the way I am guided when I do healing in person and distantly : I draw sacred geometry shapes over my clients during the sessions. During the process I am guided intuitively and every session holds its keys and shapes, either from a client to one another or during the different sessions for one client.

The process and the knowledge are hidden in the Temple and it comes from the flow of energy I channel directly.

Meeting my guides in the Orion Temple of Healing was part of my early real conscious experiences in astral projection. I was going through huge changes in my life and the Reconnection sent me up high on my spiritual journey.

That day I just was leaving my physical body and could not control any thing. I was just leaving and found myself in a high dimension with amazing beings. I guess they took me by surprise because they were welcoming me with huge smiles.

I saw a being who looked male like a spiritual guide, wearing a brown robe studded with crystals. He also has deep brown hair, deep brown eyes that were shining a bright light ! He was welcoming me with a big smile too and I heard mentally “ Welcome Henda ! We were waiting for you !”. He was wearing a thick golden crown with three crystals in the front : Blue, purple and golden.

Then the scene changed and I saw a woman. She was wearing a black robe and her hair was also black. Her face was just in front of me and she had a very clear white thin skin ! It was so thin that it looked nearly transparent. Her ears reminded me of elves’ ears. They were stretched and very thin too. She had a beautiful face with big almond eyes. She was smiling to me too, and she was wearing a very thin golden crown with green and red crystals.

During that time I saw many almond eyes around the place and it was dark. The eyes were welcoming me with big smiles too. I was there and they wanted me to stay for a while. But I was in a public place back on earth and was in between dimensions. I felt heavy and unable to control my body, and my astral body was in another plane or dimension.

I was actually nearly unconscious, and felt I was fainting. So they sent me back to my body very quickly and immediately felt fine, even refreshed. I had my meeting and then left the office intrigued. No one could help me out or explain to me any of this.

I talked about this experience in an article I posted

The Second Out of Body experience To The Temple

The second time it happened was during my sleep time. I entered a place that was like Egyptian temples made of huge white-golden stones. In the middle of it there was a throne. Two priestesses guided me and took me to an amazing room with a fountain from which a green emerald water was flowing. The fountain was made of a brown sacred metal and the green water was flowing from two taps.

The priestesses were like the Egyptian priestesses wearing long green robes that suits them so well and they were very beautiful : dark short hair, kohl around the eyes, walking bare feet, and wearing golden jewelry and crystals around their necks and hands.

This happened few days after the first encounter. They told me “this is the fountain of healing. The green emerald water is the energy healing you channel for healing. It is running in you”.

I also heard “you are in The Orion Temple of Healing”.
Then they bathed me in a green pool and sent me back in my physical.

That was the second time I was sent there. I did not have more information for a while and asked them why they did not tell me more. I heard all comes at the right time. And that was true.

During some distance healing sessions I conducted with clients like John Helios and Georgiana Baccaianu, they actually saw that temple many times and were sent there and I saw them during the sessions too. We had the same visions of these astral projections during the healing sessions. Really amazing!

It was from there that I received The Golden Crystalline Light of Grace few days after my Reconnection in many waves.

After that event on 2013, I had a bigger upload one evening in July 2016, and a channel came with it “You are receiving The Golden Crystalline Energy”. And few days later they came back saying “This is The Golden Crystalline Light of Grace, coming through you from The Orion Temple of Healing, you have been in few times ago, and in very old past lives”

I began drawing the Temple few weeks ago, the vision took place on December 2017 and the energy was very intense.

Yesterday all of this was ready to be shown and posted as its channeled message came with it. So here is the Temple in its Sacred Geometry Shape. It is an energetic representation of the real Temple made of white-golden stones. Each shape holds a special knowledge and a meaning. Each color holds waves of healing frequencies. You can enter it from any place and it will grant you with new information.

In each time of the day, its energy changes as you can see it here:

The Channeled Message of The Temple

“ Receiving the healing energy from this Temple connects you to the infinite you are.

When you enter this sacred place, you are surrounded by many light beings and ancient priestesses coming from very old ages, they hold in themselves the energy of love, light, compassion.

You no more hold grudges and pains. Let this energy healing embrace you and take you far away in a land of magic.

Keep in mind that you are the only one who can find the peaceful, powerful and most amazing healing you need.

The Temple knows you as part of your soul enters there, once you connect to this sacred space.

There are two fountains inside the Temple, you can see them in two circles made of triangles that surround you and protect you.

They are seals holding the energy of “3” and the power of Salomon.

This is the place from where The Golden Crystalline Light of Grace came when you received it. But now as you draw The Temple, it holds the highest level and frequency you can ever imagine.

Jesus of Sananda is the Master Teacher of this place.

The secrets of the temple are not all revealed. There will be so much more information arriving in the next days and months, maybe years. I have been through this since September-October 2013.
Walking on one’s path is a long and lesson-filled journey. We are never complete. We carry on learning and we carry on healing.
No one being is more enlightened than another one. It is part of our past lives and what we came here to do in this current incarnation. But we all do differently because we are meant to be different. Equality is not an issue on a spiritual journey. We don’t need to compare ourselves with those around us, we all have special gifts and we commune to help one another.
Everyone helps at their own level and according to the information bring here with them. We need time and energy to channel it.
If you feel drawn to this work and would like to connect to the Orion Temple of Healing and to its knowledge, I can help you do this in a healing session that you can arrange with me. It will amaze you.
If you feel drawn to donate for this work and article and also the channel I received, it would be greatly appreciated. I accept donations starting from 10 Euros. Private message me for more information and to schedule a healing session.
With all my Love
Discuss in our community 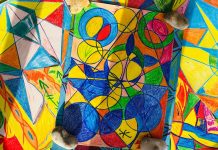 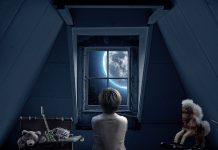 Information & Questions Answered on Out of Body Travel / Astral Projection 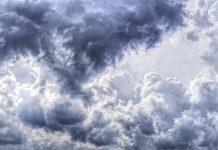