Sunday morning at 11:20 a gunman drove to a gas station, walked across the street to the First Baptist Church, and began a shooting rampage that so far has claimed 26 lives and injured 20 others. The victims range in age from 1 to 77 years, including a pregnant woman. Update – The victims include 12 children, and 10 of the survivors are in critical condition.

As the shooter exited the church, he was met by a citizen who exchanged gun fire with him or fought with him, causing him to drop his rifle and flee in his truck. Two citizens then followed him until officers took over.

Southerland Springs is a small farming and ranching community southeast of San Antonio, Texas. The population is just over 600 people and the church has a membership of about 200 people. Simple math tells the story of how deeply this affects the whole community. Local policing consists of county sheriffs who cover a large area. State Troopers also are stationed across the state and can get anywhere fairly quickly. San Antonio, a major city, is about 45 minutes away and manages emergency services for this part of the state.

Living in Texas and near this area, I wanted to know more, as well as observe what the national media was doing with the story. It is so hard to tell from a distance what is true or manufactured. Although more details are coming to light, there still is much that is unknown. I’ve not included info about the shooter because few details have been made public and there is some speculation. Update – The shooter was from another town, and his mother-in-law, to whom he sent angry texts, is a member of that church but not in attendance. Background information paints a picture of a young man who did not quite fit in. He joined the Air Force after high school and was court-martialed and dishonorably discharged for abuse of his wife and child.

My observations so far –

Information is being tightly managed by the Governor, State Troopers, and the Texas Rangers. In the first press conference, the local sheriff got off script and was discreetly shut down. Although the FBI and ATF are present, the Texas Rangers are in charge of the investigation. There will not be a repeat of the Las Vegas mess.

CNN and MSNBC had continuous coverage for hours on Sunday even though there was not much to say. I was amazed at how the anchors could continue talking. A number of experts, who knew nothing about the situation or the area, were called in to give their opinions about what was going on. CNN stayed fairly balanced. MSNBC went out on a limb suggesting that had Trump done something after Vegas, then this shooting might have been avoided. 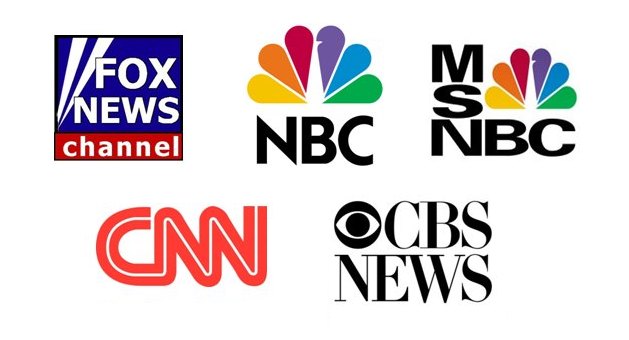 Fox and One America News continued with other news, such as Trump’s trip to the Far East, in addition to the shooting. The anchors were fairly even in their coverage. Our local NBC station presented factual information, without commentary, in addition to other news.

Agendas being pushed by the media include the usual for gun control. However, there may be some hiccups with this one because it was the actions of an armed citizen that caused the shooter to flee. Also, it has been reported that the gunman was dishonorably discharged from the air force, which may carry a prohibition for gun ownership. If this true, then he obtained them illegally and no additional gun control efforts would have changed the outcome. Update – The dishonorable discharge from the Air Force should have prevented the shooter from purchasing weapons. However, he was able to buy a rifle in Colorado. The source of other weapons is unknown at this time.

The second agenda is fear based. We are not safe in our churches or schools. Therefore, we need to view each place we go as the site of a potential threat and identify exits, places to hide, and potential means of defense. This is called run, hide, or fight. Some are saying churches should either hire armed officers for services and events or designate and train members as armed watchers. I am an observant person and do notice these things but without an underlying fear. I don’t know how I got to this point, but I suspect it has a lot to do with being raised to be self-reliant.

The third one is about reporting anything you see or hear that might be suspicious, as well as greater government controls of social media so that potential wrong doers can be identified. I’ve observed this idea gain momentum after horrific events. However, this is 20-20 hindsight. Most people probably would report something major. In this case, the gunman lived on acreage in a rural area where hunting and target practice are common and legal. The neighbors said it seemed like an increase in activity in the last few days, but not anything that suggested this outcome. So, what I see is people being encouraged to inform on each other for minor things because they are driven by the fear of “what if”.

I did observe that it was the anchors pushing these agendas, and in several cases, their experts pushed back.

Before we go down the rabbit hole of gun control, I think it is important to note several things. Rented trucks have been involved in several terrorist acts, but no one is proposing banning trucks. Why? Because most of the people who rent them use them for a legitimate purpose. Also, we have only to look at Chicago, which has strict gun control laws and the highest murder rate in the country. Finally, I find some of the supporters of gun control to be laughable because they live behind gates with armed security guards.

So, my point is to consider all these issues carefully because there is a lot going on behind the scenes. In highly charged situations like this one, some of the media and “talking heads” will try to sway viewers and readers with emotional manipulation. This is the time for us to lead by acting rationally.

Lastly, I heard a phrase over and over today – “well, this is the world we live in now”. How might we show our friends and families that we reject this conclusion? It has to be done carefully, especially for those of us in Texas, out of respect for those who died and their families. 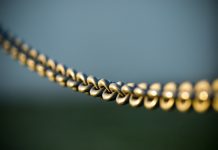 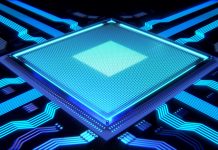 There was another church shooting in Fresno, California, USA, also. Jordan Sather has a video about these shootings and other items.

LindaAlthough the FBI and ATF are present, the Texas Rangers are in charge of the investigation. There will not be a repeat of the Las Vegas mess. Great recap of things, Linda. Our hearts go out to you and your friends and neighbors. I find your above comment about the investigation a fascinating point. I have to say, of all the law enforcement agencies across the nation, the one I’d trust most in a situation like this is the Texas Rangers. Quite frankly, I’d love it if this incident was proven and brought out by them as a deep-state engineered… Read more »

StargazerI do have to wonder though, out of all those people in Sutherland Springs, didn’t anyone try to fight?

Perhaps many were paralyzed by fear, others couldn't believe what has happening and others were looking after the ones that fell before going down themselves. Maybe there wasn't somebody that reacted and charged successfully against the perpetrator because he/she was taken down first. Who knows. Maybe a survivor will give in the future a full and credible account. I'm grateful thought that there was a neighbor nearby with a weapon that stopped the massacre at some point.

StargazerGreat recap of things, Linda. Our hearts go out to you and your friends and neighbors. Agreed! If we all viewed the news in this discerning way, what a different world it would be! 😎 Especially the question of 'what is the underlying agenda?' followed by 'does it fit?' In my own life, I find that there it is increasingly common to be thanked for being one to mention that discernment is key to understanding what we are told. Also that what is in the news is only a fraction, and sometimes a very skewed fraction, of the events as… Read more »