Pleiadian tarot interpreted through the lens of Nine: It’s too late for the system to contain the truth that emerges. The lid has been loosened and those who bear truth are ready, steady, to share it. As you move through the week’s revelations, both inner and outer, be mindful of the impulses of newly free energies. Engage in joy with transformation. Soon, we will witness the full emergence of light. For now, divine awareness pierces the circle of control, as it slips from its throne of shadows. Read on for details about each of the cards in this week’s Pleiadian tarot spread.

Summary: There is no denying that the lid has come undone. The tightly controlled illusion is loosening as truth emerges ever more powerfully. Those who have witnessed behind the scenes now emerge as one, unified and balanced, steady as they share their truth. Be aware of the sensation of energetic stirrings within your being. Thoughts loosened from rigid patterns of mind impulse energy through your awareness. The time is nearing. Light makes us the full bearers of grace’s sharp gesture of truth dethroning the system of elite control of the mind. In the midst of unraveling realities, we are becoming more focused in conscious grace. 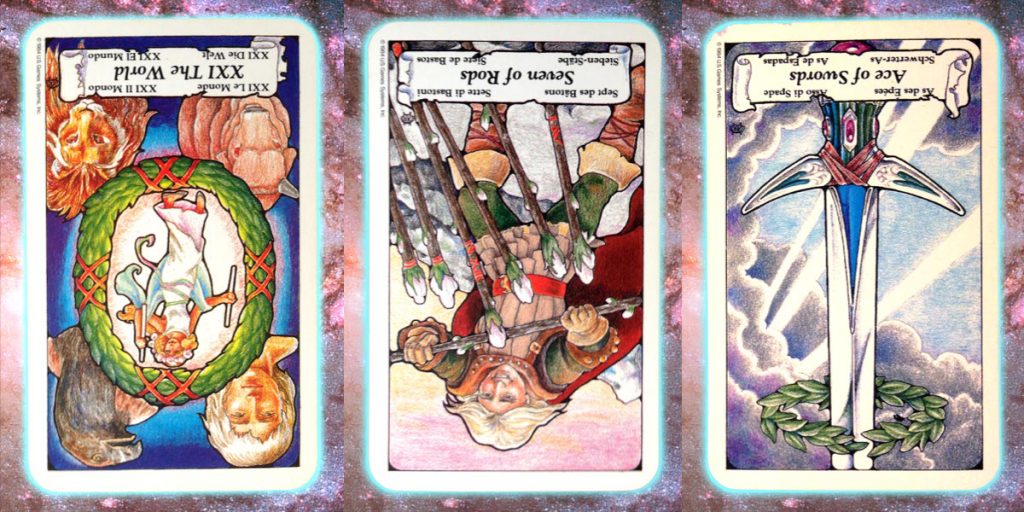 All that we knew has turned around. The delicate balance of world affairs, as bound as it is with rules and agreements of blood and bending, has been wrenched loose from its moorings. The lid has come open; as it unscrews, witnesses emerge bearing potent truth-tellings with unshakeable steadiness. What happened in the past comes forward now, growing in power as the entertaining distraction shrinks in proportion. Something had been presented for you to focus your attention on. That show has run its course. The floodlights dim on the world stage. Behind its shrinking visage, a new light emerges. Will the bearers of truth, in their calm strength, join enough in balance to finally pop the lid of lies? Already the seal has broken. Compassion gives purity to the energies finding a foothold of operation. As you watch what soon will be the end of the illusion, hold compassion in your hearts for those who muscle their way forward from behind the scenes. In this is the greatest sequestration of the lie possible.

What seems like a time for holding a pause is more likely a time in which we engage with a multitude of incoming energies. Whether these energies emerge from long-held beliefs breaking free from controlled thought, or from external sources of awareness open to the influx of unexpected transmissions of cosmic nature, you will likely find yourself dealing with the tingling sensation of cerebral activation. What happens when the foundations are reversed releases what naturally moves freely. Taking things one at a time may help you find a steady pace. However, stay alert and calibrate your movements, as more is on the way. Now is not a time to expect things to calm down, but it is a time to take some delight in the signals of change that appear as if from nowhere.

As light breaks forth from the deep, dark underbelly of the kingdom of the world, a holy thought pierces the core of its potentate. Long-held circles of power may have towered in control of light, but with foundations falling, so falls their ascendancy. Nearly out of the picture is the laurel crown. Coming full-force with the power of pure awareness is the unified mind of higher understanding. As you move through the transformations of the week, remember that it is the sentience of divine mind that alone can wield grace. The center cannot hold when it becomes obvious that a greater understanding is at hand. The moment of bright emergence announces itself, just as the crown of empire loses its head. As one, be mindful of grace. 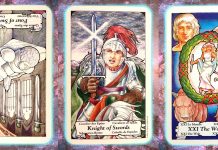 Oh, I get it – kind of gets the stinges and stooges into the fun – even without their say-so!

Hailstones MeltSG, perhaps you could help clarify something for me? I understand about having treats on hand in case the doorbell rings on Halloween night – but what do you give out as tricks? and when do you give out a trick, as no-one would ever ask for that, would they? (Sorry, I'm a babe-in-the-woods when it comes to Halloween). LOL! There is no “in case” the doorbell rings in my neighborhood. It’s a guarantee. We get several hundred trick-or-treaters every year! The kids show up in costume and we give everyone a treat. The premise of the practice is… Read more »

StargazerThe same one spilled her glass of wine on our driveway the year before.

Well, next year you could put again your policeman uniform and pretend to arrest her. That trick could become part of the legend too ;).

The antifa protest in Austin turned out to be quite small – no outside thugs were present. The way the police handled it was great. They established earlier in the year that people who participate in protests will not wear masks, bandanas, etc. over their faces. Today the police on the bicycle unit that patrols downtown and the parks lined up with their bikes as a barrier between the two groups. It was an inspired decision because they are young, healthy, and strong. It was the opposite vibe to police in riot gear. There were 150 officers from the state… Read more »

Hailstones Meltwhat do you give out as tricks?

I remember some kids (usually older ones) would tag along with the little ones, and they wouldn't have a costume, or not much of one, just a bag for candy collection. They'd get tricked by getting no candy and usually a snide remark from whoever answered the door.

Not sure I appreciate the lid coming off in my personal life, some truths are very uncomfortable.