Students from Earth to Sky Calculus and folks over at Spaceweather.com, have been closely monitoring cosmic rays within Earth’s atmosphere over the United States for over two years. Using space weather balloons, after more than one hundred flights they have found that the dose rates in California have increased by 13% since March 2015, and 19% in New England since July 2015.

This indicates that cosmic rays are increasing throughout the solar system. One theory is that this is because of the sunspot cycle, as the sun is currently heading towards a deep Solar Minimum — as it descends, the sun’s weakening magnetic field and solar wind provide less shielding against high energy particles originating from deep space.

But why is there a difference between the states of California and New England in the USA? The sun’s magnetosphere deflects cosmic rays in combination with the Earth’s magnetic field and atmosphere, which is another line of defense. The data is providing evidence that central California has a better defense for geomagnetism than New England. This possibly indicates that the magnetosphere above California is stronger, that the area above New England, or could it mean that certain areas of the country simply need more attention (energy)?.

Cosmic rays are high-energy radiation, mostly coming from outside the Solar System. When they hit the Earth’s atmosphere, cosmic rays can produce showers of secondary particles that on occasion reach the surface. They’re composed primarily of atomic nuclei and high-energy protons, but their origin remains a mystery to scientists.

Data obtained from the Fermi Space Telescope have been interpreted as evidence that a significant fraction of primary cosmic rays originate from the supernovae explosions of stars. Active galactic nuclei — electromagnetic radiation from supermassive black holes in the centers of host galaxies —also produce cosmic rays.

Commercial airlines are also impacted by the cosmic rays, dosing the passengers, but also the crew, so much so that pilots are classified as occupational radiation workers. Interestingly, the webbot, future predicting software which Clif High has been running and interpreting for years, has shown that from at least around 2013 onwards, the radiation that planes receive would increase dramatically in comparison to previous years.

Research has also shown that cosmic rays can trigger lightning and seed clouds (modify the amount of precipitation that falls), which alters the climate and weather.

The webbot (a large database of data online collected data), Nostradamus,  information obtained from past life regressions such as the work published by  from Dolores Cannon and her QHHT practitioners (including myself) plus , many, many other sources which have provided insights into our future, have predicted earth and climate changes.

Cosmic ray activity is one of the driving factors towards changes on Earth.

Studies have shown a connection between cosmic ray activity and cardiac arrhythmias in the general population. This means that our physical body can also be impacted. (Sources: 1, 2, 3, 4).

Through a past life regression session I conducted back in early, using the QHHT method, I found out some detailed information around further sources producing incoming energies that impact us. This information also indicated that we were not alone. You can find that session here.

Of course, we are going through a cycle, one which I commonly refer to as the shift in consciousness, but that can be further understood by examining the astrological age, a period of time based on astrology. These cycles have parallels to major changes with the development of Earth’s inhabitants, such as cultural, society and political changes, but also earth changes. Each of the twelve cycles last for around 25, 860 years and connect in with the math behind the Mayan Long Count calendar, in combination with the precession of the equinoxes.

On top of that there is a lot of information indicating a consciousness upgrade to the Earth, where a “New Earth” is said to be developing in a higher dimension.

In this QHHT session I conducted with Lai in January, 2015, Talking to Dolores Cannon, Simultaneous Timelines, New Earth & Source | Cosmic Journey of Lai Part 7, he visits a location on the actual “New Earth”.

This is why volunteers — commonly understood as higher than average vibrational souls — have incarnated in this life time, as many are told through past life regression that they are here to help with the process of the new earth. Dolores Cannon focused solely on this topic in her book, The Three waves of Volunteers and the New Earth, but many others have continued to provide information since then which enhances and builds upon the status of this process. I recently shared one of David Topi’s updates on what he refers to as the evolutionary changes here, part one  and part two. Page Bryant also wrote about these volunteers in her book, The Earth Changes Survival Handbook.  I included some excerpts in my article, Time, fear and the three energy incarnations during the Earth Changes, written back in 2012.

The expanding earth theory, a hypothesis that asserts that the position and relative movement of continents is partially due to the volume of Earth increasing, which in turn can cause geophysical global cooling, is also occurring and connected into all of these changes.

The Schumann resonance — the spectrum peak in Earth’s electromagnetic field — known as the heartbeat of the Earth, is said to be connected to all of this, including the astrological age. Gregg Braden, author and 2012 phenomena and new age researcher, has shared and taught some important information on how the Schumann resonances impact consciousness and DNA, but also earth changes. His theory also includes zero point and time speeding up, two important areas Braden covers.

Robert Monroe, founder of the Monroe Institute in Virginia, USA, and a master of our of body travel who authored three books on the topic, ran into a gathering of multidimensional beings, including spaceships, while astral projecting above the Earth. This gathering relates to the shift in consciousness, in terms of the major energy changes impacting us. He trained his students to visit this location, coined as, “exploration 27” within his training programme, so many have now witnessed this gathering while out of body, such as other out of body explorers like Bruce Moen and Tom Campbell.  You can find more information about that here, in a thread on our community forum, The Roundtable.

From keeping watch on cosmic ray activity, which can be a variety of energies such as gamma-rays, we can see some of the physical evidence behind all these theories and prophecies and then take note in day to day life of how they are effecting us and the Earth.

But one thing is for sure, change is happening right now, from decision making and new ways of thinking based on the state of people’s consciousness, to the unusual weather and climate changes on Earth; life is waking up and we will be observing more and more of the unusual, as it becomes the new norm. 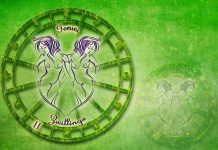 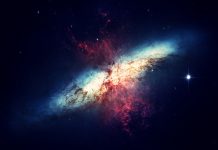 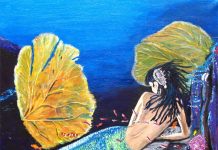 Great article! And thanks for linking to prior related articles…got go explore and re-familiarize myself with some I’ve read before, while others will be new to me.

Cosmic rays are also theorized to aid in the inflation of magma chambers. When they penetrate the surface and strike lava, it creates gasses that lead to explosive eruption. Two years. The Sun’s inactivity now will allow more cosmic rays to enter the system two years from now as that is how long it takes to radiate out to the edge of the heliosphere. Two years ago the activity was still relatively high. Two years in the future we should see all of these effects amplified. Anyone know a commercial airline pilot? Are they required to wear dosemeters? If so,… Read more »

Is, um, Fukushima counted into all this? At risk of stating an obvious (at least to me) potential source of radioactive interaction with the atmosphere in California. My mother-in-law remembers how much it rained in Australia after nuclear tests and concomitant fallout in the atmosphere back in the ’50s.

Still, this is a really fascinating topic and one that I love to keep an eye on, as much as I can.

Perhaps they are able to tell the difference between rays bombarding the atmosphere and the radiation fallout.

Yes I imagine they can, and do. 🙂 Just musing.

Laron take a look at mu new article ! There is a confirmation of what is said here ! Great to be attuned !