At a talk at the University of Calgary in America, out of body explorer and physicist Tom Campbell spoke about how hardship and struggle are necessary for our spiritual growth. He also provided advice to healers and people who try and manipulate situations, when some things are meant to occur, and demonstrates healing methods along with using your intuition.

I have transcribed the eight minute section of his talk below.

Just on a personal note, everything he says very much matches my experiences and this is what I have found naturally because of my own spiritual progression and ‘power’ as he labels it in this example. Even with his healing examples near the end of the talk, they have also been my experience as well.

“Don’t force your will on others. Don’t interfere — use your intuition; sometimes it’s not good to heal somebody. Sometimes they need what they have. Death is not the big monster that you are trying to avoid.

Things are demanded of us.

It’s usually when we are feeling like we need to change something, you know, now we are getting good growth.

When you are fat and happy and everything is just going along perfectly, why would you say, “I need to change something.” You don’t want to change anything. You hope nothing changes, this is perfect the way it is, and are dead in the water at that point.

If you happen to have spent five years working in the asbestos industry and installed asbestos ceilings in school houses, you know, in the 1950’s or something, well, the rule-set says your probability of lung cancer is going to be high.

You see, that is just a rule-set problem. That’s not something you necessarily create or not create. Of course if that probability is high, and you never get it, even if the probability goes up to 99.9%, but it never bothers you, that’s probably because you have a good attitude and you are changing the probability.

You see, you are modifying the probability so that it’s less likely to apply to you.

So it’s not always something you have done — “Oh I’m paying the price. It’s just karma. I’m ill because you know… I need to be nicer or something.”

Sometimes when people get to a point where they realise that they are very ill, and that they are dying, often somehow their reality grows tremendously instead of being focused in that tiny little space of everyday problems, and yada, yada, yada, and who’s doing what to who. You know, all the soap opera stuff that is going on just kind of… it’s not important anymore, it falls apart.

They get a much better look at reality.

Well, maybe that facing death experience can be a very educational experience.

So the idea that somebodies going to die, oh, we should fix that, we should take it away… don’t be too quick to manipulate the path that other people are on, even if you think it’s for their benefit.

You will know when you work… if what you are trying to do keeps being rebuffed, then you will know you probably should leave it alone. Sometimes you will know that even before you work, you will just get the idea, the feeling, when that case comes to you that it’s just the way it’s supposed to be.

So anyway, just practice will do that, but it’s generally not good. The better you get, the easier it is to know. In the beginning when you are just learning, I say go out and practice healing because you will get data, don’t worry too much about… are you messing with somebody else’s path. Just go and do it, you are not that powerful yet that you are not really going to mess with anybody’s path anyway.

That takes a lot of force.

You can do that. Obviously it’s sometimes… it’s a push versus pull situation. If you have your mindset that something is going to be this way, and there is somebody else that has their mindset that it’s not, okay, then both of you are trying to move the probability in opposite directions — what happens — well, it’s like anything else. Whoever has the biggest push moves it the most.

If you are not all that powerful then it really doesn’t make all that difference if you sometimes push on things that shouldn’t be pushed on because you are really not going to damage anything. Your energy will just be refused. You will be trying to do it and nothing will happen, it will just be refused.

Be sensitive, just sometimes you should just let it go. You don’t have to do this thing. It’s not always my way… you know, death is not always a big problem.

Sometimes that is a good solution because you are just going to start up another one (life) and you will be a little smarter because what you learned in that death process… you will be a little brighter — don’t take that away. Don’t make that death process a fearful non-thinking denial process, you see; now you rob the person of the opportunity for the person to learn something of it.

Make that a, you know, a growing process, a terrific process, a time for bigger picture so you want to encourage that view, rather than — you know — sobbing and miserable about it, makes it harder for a person to learn. So you need a different attitude, a good attitude towards death.

If you were not aware, Tom Campbell’s talks and workshops are all based around his book trilogy, My Big TOE (Theory of everything). 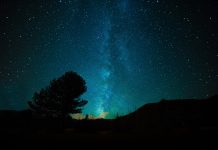 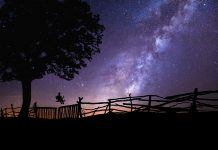 What Happened With Planet Earth And Life Here

Thanks for this article, [USER=1]Laron[/USER] . It seems like a concept that anyone who tries a healing modality would benefit from hearing. He says it so clearly. It resonates strongly. <3