These targets resulted in two different events, but of which had something explosive involved. Aziz explains that it’s possible they could have been the one event.

For those wondering about what this Time-Cross Project is; it’s conducted by Courtney Brown from the Farsight Institute and aims at predicting major news events that are meant to show up in the main stream media the month before they happen.

The targets that are given to these remote viewers are based on the most popular headlines, such as those from CNN, CBC and the New York Times — this is really about how many times a news story comes up, as in the total number of articles written, based on the popularity of events.

Brown begins and closes his eyes, quickly focusing on the target. He sees a lot of structures, low to medium in size, so they are not very tall. There is a gap in-between each structure, he notices. He uses the word, ‘murky river’, but it could be a city run off, for water that flows between these buildings. 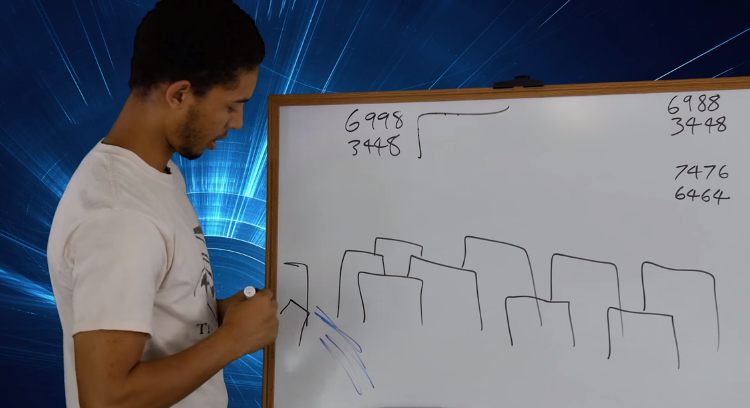 The water is not pristine, he notes. Again he closes his eyes and focuses. He now notices a structure in the distance that is the focus of energy. He thinks the energy is high up, with a heat signature coming off of it. It seems like the building is on fire. 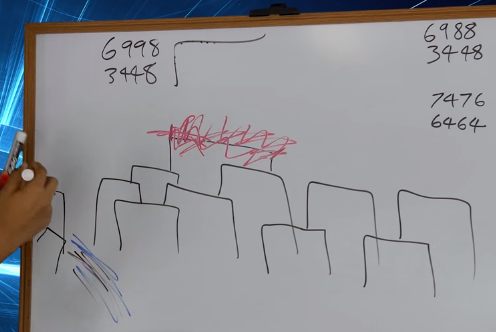 Now it’s time to target this building. Aziz Brown rubs out the images on the whiteboard and starts drawing something new.

He now gets a booming sound coming through.

It’s about a thousand feet up in the sky with the urban area surrounding it, having a brown texture, but not just dirt — it’s like a mesh of structures. The buildings seem to be very narrow, with the presence of a body of water going through.

He uses the color purple to describe foliage at the top. So he is seeing a lightly forested area near the top of these structures. 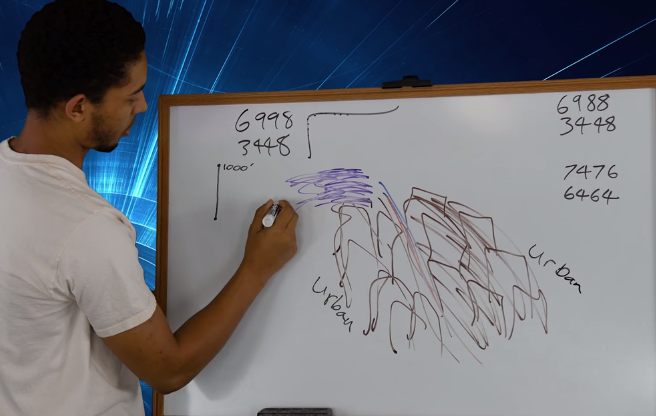 He writes down the word, urban, to indicate the area, and then notes the foliage next to the purple section at the top.

There comes a light flicker of activity now, in the North West part of the image.

The booming sound that he picks up seems to come from an alleyway which he now focuses in on.

There is a road running across, below these structures, and he sees a female standing there nearby a male who had some kind of hat or headgear.

When this event occurs the female quickly turns around and looks in the direction of the structures, based on the resulting sound. 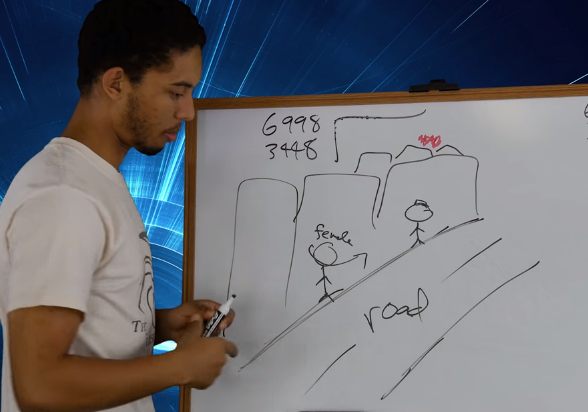 When the boom happens the female is walking to the left and turns, looking at the explosion. The male is against the wall, but doesn’t seem as interested as the female, however does take notice of the event.

With a new image Brown looks in on the structure and just repeats his observation that it is on fire. This structure is down low, so it doesn’t seem like a high rise type of building, and again he mentions that this is the center of activity, or energy, in terms of the catalyst.

He uses the color purple to indicate foliage as he first draws a few trees. He feels that the area is heavily forested, but has significant human development nearby. There is a large structure in-between the trees and a road, with a vehicle traveling along.

There are parked cars in front of this building. 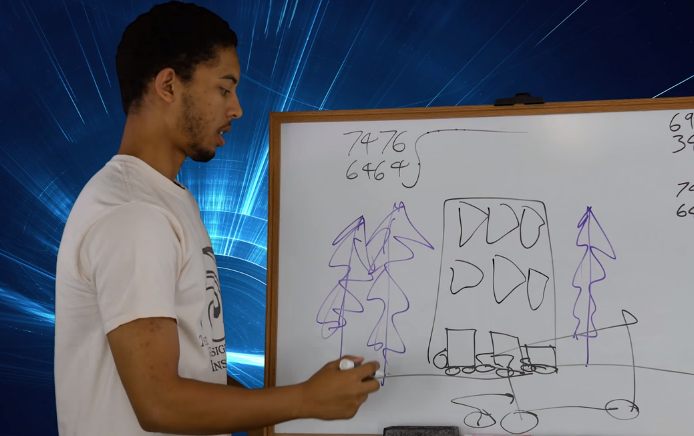 He gets the feeling that it somehow is similar to Atlanta in the U.S., because of the level of human development and amount of forested areas.

Brown now decides to remote view another location in the same area to try and get more hints on what is going on. He purposefully directs his focus to about 1,500 feet up in the sky and then reports on what he sees.

Again, there is a lot of forested area around, with structures popping out. This is just showing him that there is a great deal of foliage and trees, with spotty human development. From a top down perspective, it’s like looking at a large canopy of tree cover, where the first structure doesn’t really push up far above.

When he focuses in the distance, he notices a rising feature, far off.

When moving back through time, in a 24 hour period, he now sees an explosion at this building. One vehicle sits out the front of this building, and a segment of the building — the top right — erupts and shoots out accompanied by flames.

So that area of the building does seem to explode with the glass blasting out. A high amount of energy shoots out from within that room. 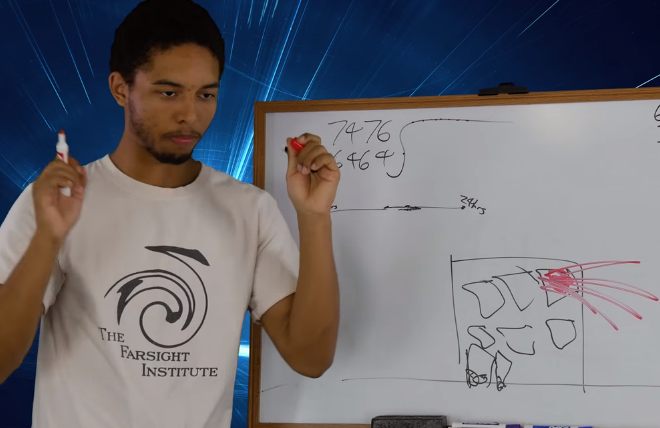 Inside this room there seems to be an area in which there is a doorway where two two subjects stand. They have the official type of demeanor, both wearing dark glasses. These people seem like the no-nonsense type. There is a third, shorter person, who’s a bit stockier, and all three of them are not happy. The shorter person has a weird looking expression on his face, like a smirk.

In the room is a workstation with a person with glasses, dressed in white, in an official sense. Next to this person is another individual. These two people look equally shocked at seeing the three entering the room.

So the three people coming in seem to have some business with the other two in the room and this is what he is picking up just before an explosion occurs.

Brown now looks back 24 hours in the past and notices some activity. There is a congregation of individuals in the area. One person has a jacket on, who may be smoking or simply in breathing steam because of the temperature. 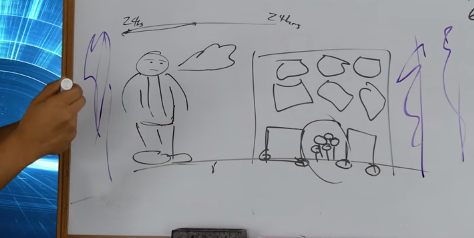 Again Brown notices the forest around that area, near these people. There seems to be a lot of shade because of the tree cover.

From a side view, Brown describes the explosion. 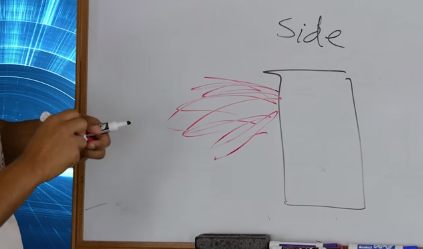 It looks like the explosion shoots right out without too much loss of structural integrity of the actual building. He picks up ‘high energy’, shooting out.

When looking at the inside of this building he notices three levels, including the ground floor.

The first floor seems pretty empty with a person behind a desk or workstation. There are a few tools around him .There’s mainly two pathways, doors, or elevators, to get up to the other levels.

When going up to the third level he sees an individual carrying something, wearing headgear. The entire room is full of material, workstations, boxes and ‘angular objects’. He seems to be moving stuff around up there. 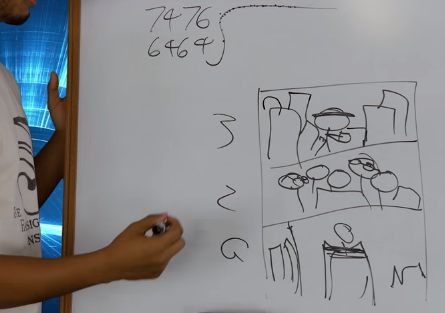 That is the end of this months’ Time-Cross remote viewing project. You can find the Mystery Projects here, which Courtney mentions in the video, in terms of people providing financial support to cover costs. The complete video covering this months’ Time-Cross remote viewing is here. You can also find part one of this two part series of articles covering the video, right here. 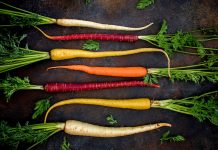 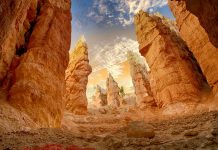 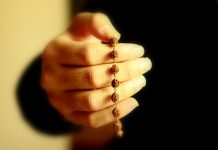 Farsight just released a few videos. Here is a behind the scenes video, https://www.youtube.com/watch?v=xBUvex3_WBY, a short one. It shows how a remote viewing session is run from Courtney's angle. Note that Aziz Brown is Courtney's son.