I am from Houston, Texas, in the USA. Houston is a very large, very busy city. About four years ago my husband and I decided we wanted a home with some acreage in the country; we wanted to experience some quiet and enjoy nature.

We bought a place in the Ozark Mountains in Arkansas. My husband wasn’t able to move right away, since he was still working at a job, so I moved there by myself to unpack and do some remodelling on the house.

It was quite a change moving out into the country away from people and I was all by myself. I wasn’t afraid, but getting used to all the predator animals was a bit daunting. We had coyotes, black bear, mountain lions and unknown to me at the time – Sasquatch.

I was in my new home for a few weeks, when one day while outside taking a walk, I began to hear loud thuds. I looked around but didn’t see anything.

A few minutes later I saw a very large rock land about 30 feet in front of me.

I stopped walking and noticed several more large rocks land around me, all coming from the same direction. None of them hit me but I couldn’t figure out where they came from.

There was nobody out there but me, to my knowledge, and no way they could have fallen from anything above.

I didn’t have a clue where they were coming from.

About a week after the rock incident I was outside in the backyard throwing a ball with my dogs and there was a very pungent smell in the air. It was a little like a skunk, but similar to the stench of a rotten dumpster.

I thought it was a dead animal and was dreading that it had died so close to the house because the smell might linger for a long while until the vultures came and cleaned it up.

I went into the house, then came out a few minutes later — the smell was gone.

If it had been a dead animal the smell would have continued for a while but just as suddenly as it came; it was gone.

I continued to smell that same deathly odour often over the next month. I still didn’t have a clue what was going on. My dogs would put their noses out and sniff the air but they never barked or showed any concern or fear.

Fall was turning into winter and the trees had lost their leaves but I thought those bare trees were beautiful, so I got out my camera and walked around our property taking pictures of the trees.

I was walking through our pasture and saw a large male Sasquatch with a child Sasquatch in front of him.

They were watching me take pictures.

I know they wanted me to see them because they remained there. When I held up my camera they started to disappear. When I say disappear, I literally mean disappear right before my eyes, but not before I got one picture of them.

I felt absolutely no fear, instead I felt excitement because now I knew positively what I had always wondered about; Sasquatch do indeed exist, and apparently they lived close to me.

Over the next five days I was given what I consider welcome gifts. Each day when I opened my back door there was a beautiful stone covered in druzy quartz crystal carefully placed so I couldn’t miss it.

I keep them in a beautiful box and take them out sometimes so I can feel their energy.

I left my hairy friends gifts of brightly colored marbles, which they seemed to like because they were always gone the next day. Fruit never worked because apparently the forest animals thought the fruit was meant for them and it was always gone by dark. Once I left a children’s book of pictures that featured forest animals in it.

The most important gift I was given by the Sasquatch was their presence.

My husband and I have since moved to a different part of the Ozarks now but I think of them often.

I was honored with their presence many times over the few years when I lived there but I never directly saw them again. I knew when they were near because of the smell and I often heard their call in the distance. I felt them watching me at times and spotted them between the trees now and again.

I really was honored with their presence and felt a kind of protection from them when I lived there.

Below is the picture that I took that day. This Sasquatch was around nine feet tall and he had a child Sasquatch in front of him. He gave out a friendly and protective vibration as he looked at me with his glowing eyes. I am honored to have been trusted with their friendship and protection. 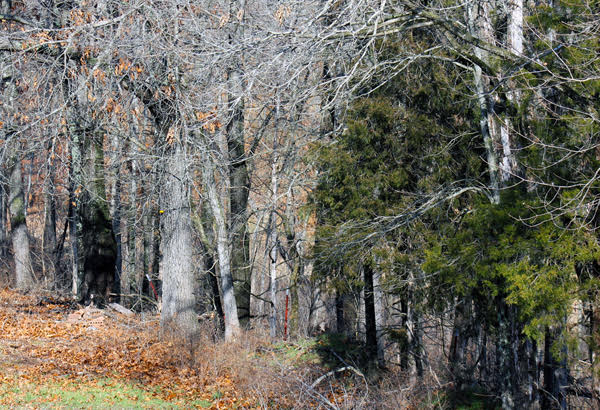 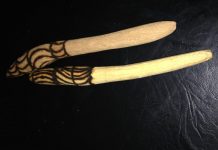 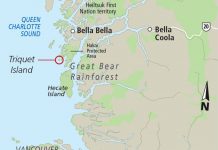 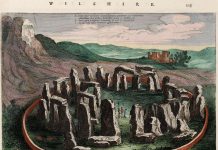 Meeting The Giants of Stonehenge

Absolutely! I would love to meet you, Anaeika.

You are a very enlightened and special woman. I bet we would have a lot to talk about.

We really just got about settled here in Hot Springs now my husband says we may move back to Texas. I just got all the boxes unpacked! Good thing I saved the boxes…o_O

You are a very enlightened and special woman. I bet we would have a lot to talk about.

We really just got about settled here in Hot Springs now my husband says we may move back to Texas. I just got all the boxes unpacked! Good thing I saved the boxes…o_O[/QUOTE]

Yay! We may just may get our chance!

And you bounce around all over! That's good! Just shine your light in new territory, raising the vibration higher & higher!

Thank you for sharing Vickie, I really enjoyed your account and it's fantastic that you managed to get a picture of them as well.  They seem really gentle creatures despite their size.

One of the things I have learned from being on Kelly & Kewaunee's Facebook group is the recounting of Earth history they gave out in October 2015. This information was given to British Columbia man Sunbow Truebrother. The name Sasquatch itself comes from the Coast Salish language of his area. They are called our Elder Brother for the fact that they were bioengineered by the Star Elders as part of the experiment to seed life on Earth, well before humans made their debut. Whereas humans had DNA manipulation from primate genealogy, their DNA manipulation was from Giant Lemurs (now extinct).… Read more »