Share on Facebook
Tweet on Twitter
Last year I posted a dream based experience from a friend of mine. She had this experience back in August 2013. I titled the article ‘A Grand Meeting‘. It related to a group of various beings from ascended masters, various ET based beings and others, who had gathered together to discuss the shift in consciousness, aka the event, and that it had been moved. The reason it had been moved, in my opinion, is because of the shift being connected into a series of events which need to occur beforehand and because of the time manipulation occurring, those events had not occurred, thus the move of the event.

This dream experience is one I mentioned in a number of my articles such as ‘The Stretching of Time and the Imminent Shift‘. In the recent QHHT session with Lai, the dream experience was confirmed to be a real experience and accurate depiction of what actually occurred. Through Lai, additional details were explained around the actual dream, within the session. 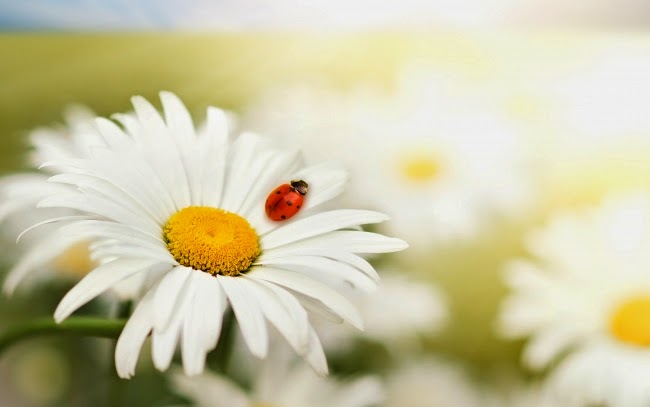 On the 28th of April, a few days back, the same friend sent along another dream experience. This is the first one I have had from her since ‘A Grand Meeting’. This one is more basic and shows that a certain stage has been reached, based upon the energies coming down into the Earth from space, in relation to the shift in consciousness.

I’m in a sort of dimly lit room resembling the interior of a caravan. A large long room with parts of the walls missing, retro cupboards, furniture haphazardly arranged, and the place looking.. I guess cyber punk is the term – worn but utilitarian.

My old friend S finds a bug on the table. there’s another male in the room but i don’t pay attention to who it is. S bends down to look more closely at this unusal insect, and becomes increasingly fascinated by the tiny creature now morphing and shifting in unusual displays, which i can’t see that well from where I’m standing. (i don’t know who says this but) It gets mentioned that “This (the state of this insect) is the result of ‘the third stage of the event‘…”

Meanwhile i had wandered into the room in a tired grumpy mood to see and hear all this, my mind is a fog, I’m like, ugh yeh whatever, the event thingy is still at bug stage.. and i continue to mope about in a tired state, somewhat aware of the significance of what we are being shown, but failing to care for it through my fog.

Upon reflection, there’s not much I could do about my very non-lucid state in this dream, i’ve been battling with long term sleep deprivation and somewhat lacking in health and deeper clarity in real life lately.

As for the message in the dream, the full details hit me once i woke up. This mutating bug was supposedly one of the many initial manifestations resulting from the energies now hitting earth. “the event” having already started and apparently at stage 3 (don’t ask me what stages mean, i don’t know). Judging from the morphing or mutating bug (as much as I could make out from where I was standing), The effects of “the event” are just beginning to penetrate the physical level at a small scale, such as minute yet detectable mutations in nature.

I regret not having a closer look at the tiny critter for a better understanding, but from where I was standing there was one bug, but there was also 3 of the same bug in the same spot. I will never know if my friend was seeing more than this up close.”

As you can see, the daily processing of conscious based memories are likely showing within this dream experience, but, at the same time, there is also a strong and clear message within, in relation to the shift.

My friend did add that she would be happy if anyone wanted to respond with their interpretation of her dream via the comments. (I will let her know if anyone does) I think that I have a pretty good idea of what this means and it is pretty much covered within what has been said so far in this article.

I saw a pattern forming around this date, in relation to a few other occurrences of information coming out online, including the manifestation of a few events in the world. Here is a short message that was posted on the 28th of April on the blog, ‘ÉIREPORT BLOG‘.

“Specialized” higher vibrational energetic streams have formed and aligned and are in process of infiltrating selected planetary “difficulty” points.

These energetic streams are coded for individual geographic grid points and create conditions which dissolve all potential of archon-created-and-aligned activity.

Such energetic streams are unique to each situation, and are uniquely formed for the Planet Earth-Gaia operation.

Although similar to 3D Earth-based “special ops” forces, these higher vibrational energetic streams operate purely in the 4-9D realms and are immune to any archon-ic detection.
Higher Gaia collective has called for this.”

This sounds a little bit similar to the general theme of my friends dream, doesn’t it.

"…3 of the same bug in the same spot…" Past, present, and future.G2 has shed its companion and it is spiraling downward.25,776 years ago at a distance of 25,776 light years, the coalescence of a planet or stellar object with the SMBH Sgr A* happened. This star/planet (I will go with star) was converted to energy. E=MC^2. Everyone knows the equation. The beauty of the equation is that units don't have to be the same. Subject to algebra and solve for all variables.The large amount of mass turned to energy in an instant would have expanded faster than the speed… Read more »

The dream sounds positive to me. It is interesting that you likened it to EirePort's update…which, to me, shares the same theme as Cobra's recent message:
http://2012portal.blogspot.com/2014/04/blog-post_28.html

Both came out on the same day. Just yesterday I watched James Gilliland echo the same theme:

I also get the sense that things are coming together at the Ground Level….

I was aware of Cobra's post there. I haven't seen James's video. (I had never heard of him until a few days ago I think, but his face looks familiar)

There is also some information I am sitting on in relation to all of this that may also give people an answer around whats going on. The timing of this information coincides with this dream, Cobra's update, and EirePort's last two messages. It also fits into Valiant's latest post.

I'm still pondering on making it public or not. It came to me on the 28th.

Thanks for your message,
Laron

Hi Laron, I recently had a strange realization while watching the movie Fight Club for the first time in about a decade. The way in which recent history is talked about today is as if there was the Cold War, then immediately following, 9/11 and the War on Terror. I haven't heard the time between the end of the Cold War and 9/11 discussed much as its own time period, with a very distinct cultural lens. American culture in particular had been headed in a very interesting and strange direction, as one can gather from the cultural phenomena during that… Read more »

If you decide to post it. Send us a link to nomoresleeping.com I am sure it would be appreciated by Lida and Mike and the rest of us…thanks…
jopipe

Andy, its been a long time since I saw Fight Club but I understand what you mean. I remember the 90's well, it really was a different time period in comparison to the 2000's, in the western world. What I understand now is that certain events have occurred in the world, on purpose, to shape future events. The ones creating and manifesting these large events most likely have had access to peer into the future in a way, to help them better understand the outcome of what they wanted to do. When we run into the conspiracy theories online about… Read more »

Please DO publish your information! Look at the synchronicity again…same theme, same date 🙂 It's high time we on the Ground Level join hands and form a formidable force…and use our Spirit Tech (that's what I like to call it) as Divine Human Angels. We are receiving so much assistance already from the Higher Beings, but generally speaking, as a collective race, we are still very much asleep (I like Mike's blog title…). I may be overly optimistic, but I still feel very strongly that when enough of the awakened/awakening/Lightworkers/Wayshowers etc. unite, we can make this Shift happen virutally overnight.… Read more »

Grace, I'm afraid that people are not likely going to take it seriously because of the ramifications of it. Even I have a lot of trouble accepting the info to be true because of what is said about my role and involvement with it, even though I have a second confirmation. Valiant's latest info would be a third. The information is very positive. But the future will show me if its really true or not based upon the events upcoming and the eventual outcome of the shift. It relates to the time manipulation machine. (as I discussed in the stretching… Read more »