Two nights ago I woke up, remembering a dream that I considered important and I decided to write it down. Its been about three or four years, but at one stage I was recording my dreams for a period of three years, every single night, and many of them came true later on in my future. I am not saying this one will come true, but it was very unusual as the contents of the dream is not something I dream about on a regular basis.

In fact, I have probably only ever had two or three dreams in my life which contained a spacecraft or UFO… which I can remember. In the days leading up to this dream, I had not been discussing, reading or looking at any material I can think of, which would go towards my consciousness dreaming up something like this based upon my day to day experiences.

I am standing next to the ocean on a grassy cliff and I look out along the coastline and see quite a large craft hovering above the water, next to the land not too far away. Its a big one, and to be honest, I have now forgotten the shape of it. It was possibly circular. I also notice that its partly cloaked, as its transparent but its obviously a spaceship because of the detail I can see. (it would make more sense that it was designed for space, than inner planetary travel) 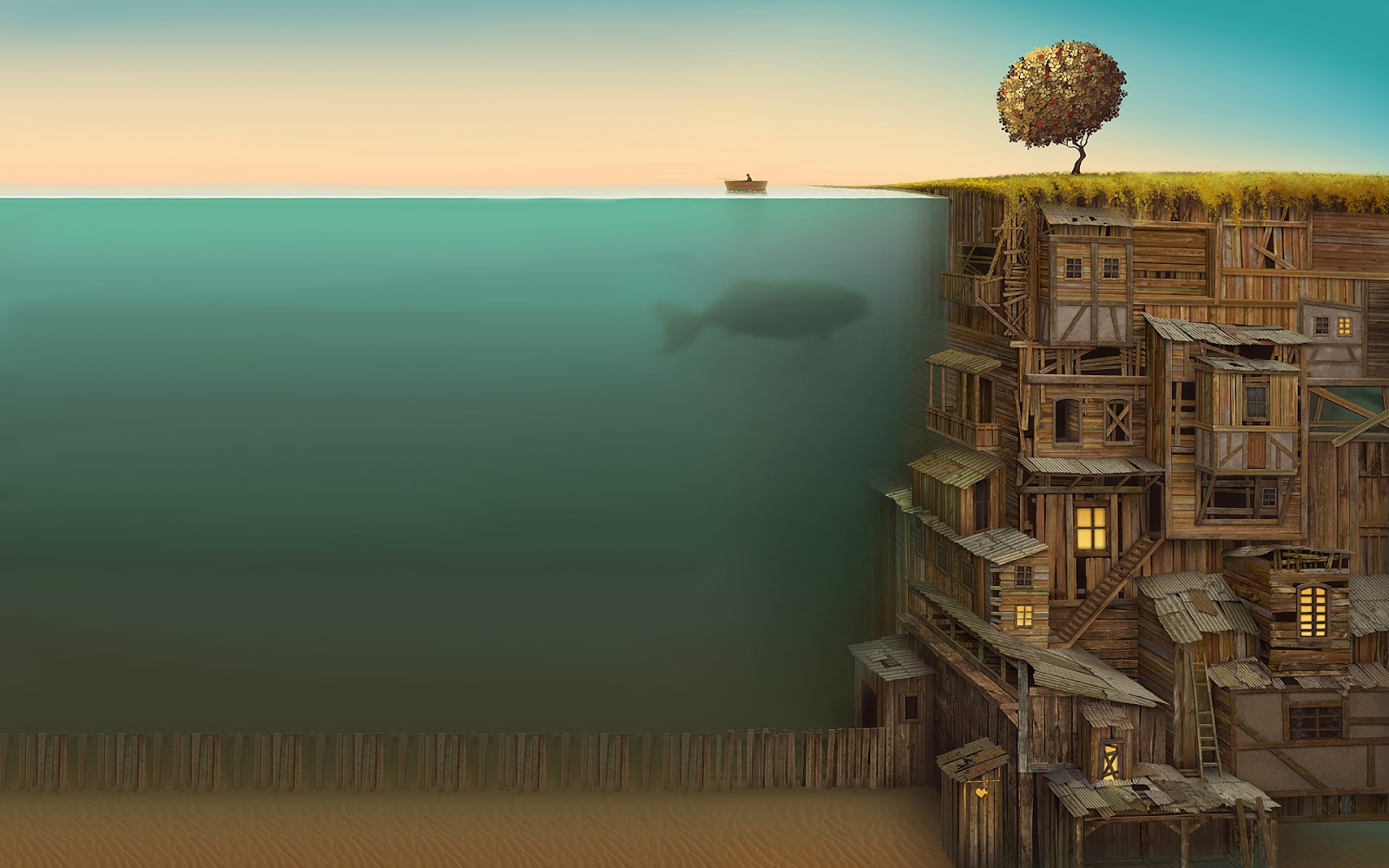 It sits there a while and then it turns on its side and starts to move off, following the coastline towards me.

I am not feeling scared, just very curious as I watch. I then notice that underneath it there is some kind of floating city that reveals it self. This city is also cloaked as I can see through the buildings to the sky beyond. Its on the water near the coast. The city then cloaks again and I can then no longer see it.

I get a strong feeling that I want to go and visit it since I now know where it is, and that its exciting to know because its something new, mysterious and a place to explore which no one has explored before. (except those that live there perhaps?)

Then a navy ship, not a large one, more like an armed coast guard ship, comes along and starts firing on the craft that is moving away, now passing by where I am standing. Along with the navy ship, a tourist boat comes along with a bunch of other ships. Its like they are following the craft. One of the passenger type ships goes past me, very close to the shore and I am able to talk to the passengers from where I am.

I ask them if they saw it, while feeling something like strong satisfaction as I consider this to be proof enough that extraterrestrials exist, and finally this is being recognised. Obviously they did see it as all these boats are following the craft as it slowly moves away down the shoreline to some other place.

The people who I talked to seemed happy on the passenger type ship that that goes past me, continuing on its pursuit.

I love the image Laron.

i had a very powerful and i think revealing dream several months ago that stands out in clarity and potency among all that i've had ( or at least remembered) in the past couple of years. The dream occurred on the night that i received a "Reconnection" energy session. "….it is night and i notice that there are no lights to be seen anywhere….. streetlights, front porch lights etc. Then i am driving down the road to check things out and similarly there are no lights ANYWHERE. I reach a group of people standing around talking about possibly what is… Read more »

Thanks for sharing that PP. Its interesting how a few people get that sense that they were always there, and they are simply now showing themselves in the dreams.

Somehow I missed this post! I love how the people were all happy and excited about the ship and/or the city they saw… it sounds to me like you are saying they were excited and trying to follow it to make contact or just get a closer look. When people say that people would be afraid and panicking and/or rioting if we had visitors such as this, I think – I doubt it. I think very few people would be that way. Thanks for sharing. I have had some hum-dingers, too. (Really amazing dreams like this)