This recorded song, or music or sounds, whatever you want to call it, chorus even, comes from an electromagnetic phenomenon caused by plasma waves in Earth’s radiation belts. It has been recorded by NASA’s Radiation Belt Storm Probes, aka RBSP spacecraft.

This is what has now been labeled ‘Earth’s song’. You can click on the play icon above to listen to it.

“One of things we noticed right away is how clear the chorus sounds in the recording,” Craig Kletzing is quoted as saying, who was part of the team that recorded it. “That’s because our data is sampled at 16 bits, the same as a CD, which has not been done before in the radiation belts. This makes the data very high quality and shows that our instrument is very, very healthy.” 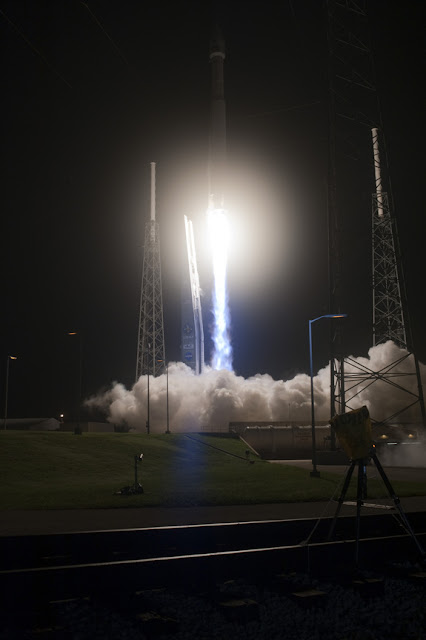 [The United Launch Alliance Atlas V rocket carrying NASA’s Radiation Belt Storm Probes, or RBSP, spacecraft creates a halo of light at Space Launch Complex 41 on Cape Canaveral Air Force Station. The image was taken on Aug. 30, 2012]
There were a few interesting comments to this article at the source I found it at.
johnny sparks
compressing energy into matter or expanding matter to energy should be routine with vibration..
johnny sparks
Particle physics is almost obsolete ,,,as soon as the main stream find out,,the “Higgs field”,, is the first harmonic…a black hole.
spin,,,torque forces,, spin energy into matter,,,from that point.. as above so below,,,outer space same way..
johnny sparks
Shamans, priest & Buddhist, have be saying it for thousands of years,,,OM, the first pulse of existence vibrated into matter,,harmony distorted into the material world ,,everything is vibrating in harmony or distortion order to chaos to order e=mc2 same thing…

That was awesome – thanks! 🙂

(By the way, subscribing to email didn't work for me)