Share on Facebook
Tweet on Twitter
There are two reasons I wanted to post an entry about this comet. One is that we don’t get many objects in the sky that outshines the moon. Secondly, if the world as we know it ends up being a very different place by the middle of next year, we will be looking to the skies at the end of 2013 and wondering what in the world is that bright thing up there?? As there may not be any internet or a way for us to find the answer to that question.

Late 2013, for a few months and into 2014, Comet 2012 S1 will become visible to the naked eye possibly during day light hours as well as night, and it is said that it may out shine the Moon. 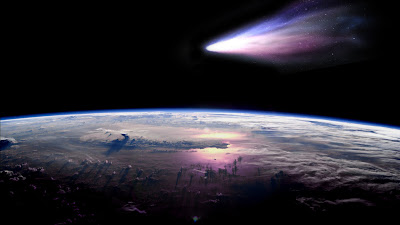 This great ball of ice and rock seems to be following the same path of the ‘Great Comet of 1660’, which was considered one of the most spectacular comets ever seen from Earth.

Comet 2012 S1 is around 3KM (2 miles) wide and was discovered by two Russian scientists  Artyom Novichonok and Vitali Nevski . (no, not an American student who later ends up being casted as Frodo…) 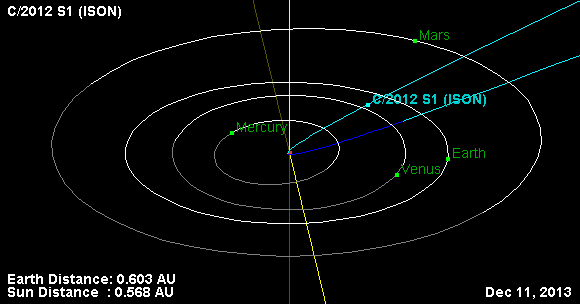