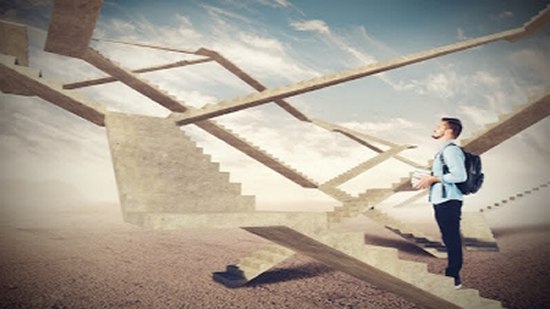 Before focusing on deprogramming ourselves, I will explain the situation of both timelines, because as you may know, the separation of mental realities completed, and also started a few weeks ago was the etheric separation.

This has led to create two collective unconscious’, one for people connected to the timeline 33 and another for those connected to timeline 42, but are still close together and overlapping precisely because of the huge egregores existing and causing  confusion on the planet.

Harnessing the power of the confusion that exists now in all of us, both timelines are connected by “energy chains” that prevented ttimeline 42 could peel off the timeline 33, for those in the timeline 42 began to spread, according the rate that the etheric separation of the two lines could come to manifest, physically.

A few days ago, by involving different groups and higher hierarchies, they began to cut all those chains and anchors, to allow timeline 42 to follow its natural path, but, again, races in control using the same energy — the confusion that reigns in the world — to recreate more “loops” and anchors that tie both timelines together again, preventing the separation of realities over and over again.

From levels already it is working on it and for us, who after all are the ones who suffer and are being programmed and imbued by the “confusion” constantly. What we need to do is to eliminate what allows inside our mind the activation of the confusion programs, and even those can be downloaded regularly from the collective timelines to which we are connected.

As we have said many times, when the psyche of the human being was created and manipulated so that we could act according to the designs of those who created us, different control programs were introduced in the mental spheres so that, if necessary, they could be enabled to prevent some kind of “awakening” in mass, some kind of reversal of control exercised over us, and so on.

When the powers in control begin to lose this same control, even in small doses, these programs allow them back, or at least try are activated. To do this, it is mainly active in the timelines that this program we are trying to eradicate today, and simultaneously active in the mental spheres of the person, the “local” version.

The program confusion works across data from different mental spheres, from different parts of the mental body and assigning them to different higher selves and personalities in our artificial consciousness, which is a slightly chaotic way that constantly causes “confusion” about anything that predominates in our reality.

That is, if for the most important person is the work, for example, recuperators programs data in the mental spheres begin to mix different packages internal and external information, which will be delivered through the ego program to one or more higher self personalities and then, in the workplace, everything will be a little chaotic and confusing in the way we understand it, because of the mix and bad “decoding” of external reality, not because of how the “physical” work situation has to.be.

To understand, it is a mental manipulation to upend the perception of the reality of the person, making him doubt something that was clear, creating negative thoughts about topics that did not exist, etc. This happens on a small scale on a regular basis when we want to manipulate mentally, not to do anything that would go against the system, but now it is happening, and has also happened on other occasions, at the macro level, wide across humanity, so we know which way to take, so that we do not understand anything that happens on a planetary level — to see everything as chaos on many levels because it is just our chaotic decoding and tangled what we receive by the senses and avoids difficult for us to have things structured and real and clear perception of what is happening.

It’s a way to make people see and perceive reality in a confused and distorted way, with respect to external processes behind the creation of the events of that same reality.

Is this why it ‘s happening right now?

Why plans to implement a possible conflict between world powers, as we have hinted in recent months , require mental chaos and confusion on a large scale for it, and although those plans and crystallized on the mental plane, and are already in the etheric plane, have not yet happened on the physical plane, so we are still preparing for our own energy of confusion, chaos and “revoltura (mess)” serve for the later stages of the process to be carried out.

These plans are for timeline 33, mainly, but the fact that they have “attached” to both timelines makes it possible for this to impact timeline 42, and live if we do not clean both timelines and ourselves.

So, again, those who wish can work on deprogramming these issues with your Higher Self, from using the following affirmaiton:

“I request to be removed and deprogrammed from my mental spheres, my behavioral pattern of my sphere of consciousness, my mental body, and my egoic center, all the components which reside as programmed energy that create confusion. I request that my higher self will block the installation of new programs of confusion from the collective unconsciousness in my mental spheres, and request to be completely clear and transmute the Source energy of confusion I have created in me, which has been absorbed in the timeline to which I belong, and that is being used to obfuscate, to create chaos and sow distortion in the common reality of humanity. Thank you.”

With this, simply everyone is responsible for cleaning his “piece” of confusion generated in ourselves, based on our individual timelines which we are in, and once deprogrammed will try to again sow the program within us, so we must try and not create more confusion, as such confusion is completely against our highest good as a species, as we continue buying time to delay them.

This article has been automatically translated from Spanish to English using Google’s translation system, with editorial and lost in translation changes made by Laron (which can be rather time consuming and challenging!). David has given transients.info direct permission to share his articles in this manner.

I see daily how confusion takes down a situation toward chaos.

For example, any news item, discussion, conversation point, etc that is called into question on a 'technicality' (that is irrelevant to the primary goal of said news, discussion, etc) creates confusion and tends to lead toward chaos rather than resolution.

And teenagers seem to love these ways of creating chaos:)|